This collection was donated by Dorothy Findlen. It primarily represents the history Dorothy Findlen’s mother and grandparents, the Farris and Parker families of Elizabethtown, North Carolina.

Dorothy Findlen descends from Samuel [Samir] “Sam” Abdo Parker (1890-1954) and Helen Kelly Parker (1891-1985). The last name “Parker” is an anglicized version of the Lebanese name Booaker. Both Sam and Helen were immigrants from the same town, which was listed as “Shba-Neeat, Syria” in naturalization documents: Helen immigrated to the United States in 1901 and Sam came several years later in 1905. They married in 1912 and over the course of the next two decades had five children: Alma, Louis, Agnes, Lillian, and Magdalen.

Sam and Helen initially worked in wholesale of produce in Rocky Mount, North Carolina. In 1931, they moved to Elizabethtown, North Carolina, where—despite the Great Depression—they opened a department store, which built upon their previous business by focusing on dry goods. Despite its opening during the Great Depression, the store was a success, and the Parkers soon became respected members of the community. Sam and Helen were also instrumental in establishing the first Catholic church in Bladen County. For a decade, Sam and Helen hosted masses, led by Father Henry Vosh of Newton Grove, within their own home. Though land for the church was anonymously donated in 1931, fundraising for construction took a decade. Helen Parker organized a fundraiser to purchase stained-glass windows while Sam drew upon his business contacts to contribute to the construction. Our Lady of the Snows was dedicated on November 30, 1941.

Sam and Helen Parker emphasized the importance of advanced education and careers for their children, regardless of gender. For example, Alma, their eldest daughter, attended Sacred Heart College (now part of Belmont Abbey College) in Belmont, North Carolina, where she studied business; youngest child Magdalen attended the College of Notre Dame in Baltimore, Maryland, and had a long and successful career as a teacher. Louis Francis Parker, the only son in the family, was a leader in the establishment of Bladen Community College, and served on its Board of Trustees. Alma, a shrewd businessperson, was a lifelong supporter of other women in business: she was a charter member of the Gray Moss Chapter of the American Business Women’s Association in Elizabethtown, and throughout her life encouraged young women to pursue higher education and enter business. The family’s commitment to education lives on at this college through several scholarships: the Alma Parker Farris Scholarship for Business, which Alma established to encourage young women to study business; the Louis & Louise Parker Scholarship; and the Sam & Helen Kelly Parker Scholarship, established by Agnes Parker Najam to honor her parents’ love of education.

While her siblings pursued other careers, Alma Parker took over proprietorship of the family department store. Alma married Shikralla Doumit (“S.D.” or “Shik”) Farris (1910-1964) in December of 1941. Shik was a graduate of the American University of Beirut who immigrated to the United States in 1937. His parents also immigrated, and lived in Lawrence, Massachusetts. Alma and Shik ran the department store together, renaming it the Farris Department Store. Under their ownership, the store shifted away from dry goods to focus more on clothing. When Shik passed away in 1964, Alma continued to run the store until she retired, closing the business in January 2007 after nearly 75 years. Alma and Shik had three daughters—Kathryn, Anne, and Dorothy—who all followed in the tradition of their parents and grandparents in their pursuit of higher education.

This collection contains official documents, newspaper articles, and photographs related to two generations of the Parker and Farris families. Included are naturalization documents, birth and death certificates, obituaries, family photographs, articles detailing the accomplishments of family members. Some elements of the collection—official identification documents and several reminiscences of Alma written by her grandchildren—are restricted and available only upon request. 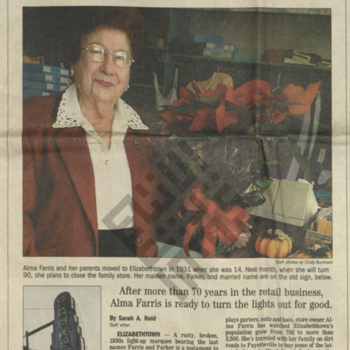 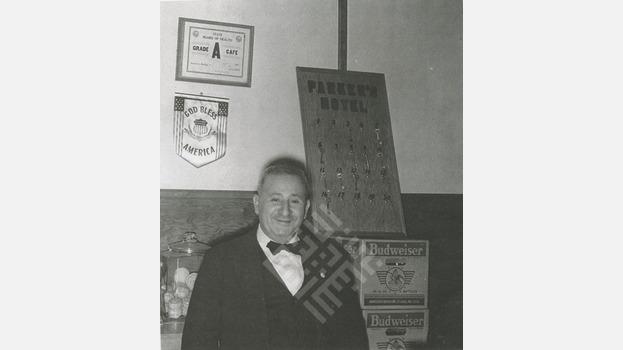 Sam Parker in his Department Store 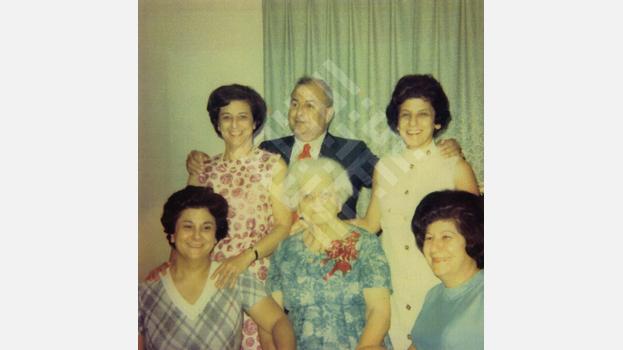 Helen Parker with her Children

A color photograph of Helen Parker (middle) surrounded by her children: (in no order) Louis, Alma, Agnes, Lillian, and Magdalen. Though undated, the photograph may have been taken in the 1970s. 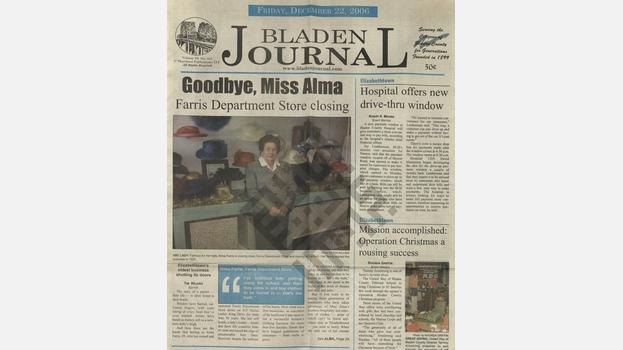 An article published in The Bladen Journal announcing the retirement of Alma Parker Farris and the closing of the Farris Department Store. The article contains a photograph of Alma and a description of her impact on Elizabethtown. 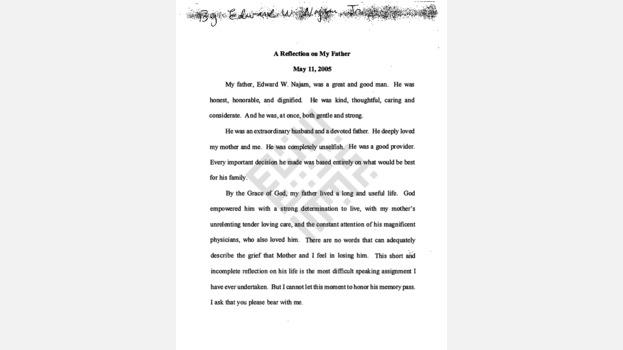