Materials provided by the families of Wadea and Aelyas Kassab.

Wadea Kassab was born in Damascus in 1872 to an Orthodox family that had long and deep connections to British and American Protestant missionaries in Damascus and Beirut.  His uncle, Salim Kassab, was a long-time assistant to, first, Lady Hester Stanhope and later to Elizabeth Bowen Thompson, who helped found British mission schools in Greater Syria.

Wadea left Syria in 1889 with two companions and arrived in the United States that same year. He went directly to Chattanooga, Tennessee, where a teacher of his had settled. He worked first in a stove factory, a physically taxing and low-paying job, and later became a molder in a factory making brake shoes for the railroad. After leaving the factory, he spent several years scrabbling for a living: working on a farm, peddling fancy goods, and the like. During this time, he met and became friendly with a number of Americans, including the O’Neill family of Chester, Pennsylvania. The O’Neills befriended him and altered the course of his life. With their encouragement, he graduated from dental school in Philadelphia in 1895 and set up a practice in Chester. Although the family started out as his benefactors, he ultimately became their caregivers as their positions reversed. His memoir reads as a classic Syrian rags-to-riches story, except for the fact that he lost everything when he speculated in real estate just before the Great Depression. The family lost its large house in Wallingford, Pennsylvania, and was forced to live in small quarters in a building they still owned. His honesty and humility regarding these losses give the story its poignancy.

Aelyas (Elias) Kassab, Wadea’s younger brother, was born in the Kassabs' summer residence in Bloudan, Syria in 1883. His memoir first describes the family history, especially the career of his uncle Salim Kassab. Aelyas followed Wadea to the United States in 1899. After completing high school in Chester, he too went to dental school and set up practice in Wadea’s office. Thereafter their lives ran close and parallel courses.

Both brothers married women in Syria and brought them back to the United States. In 1905, Wadea married Sara Hajjar, who had been educated at an English boarding school and was teaching at a mission school for Jewish children in Damascus prior to her marriage.  In 1921, Aelyas married Soumaya Khoury of Beirut, Lebanon; by all accounts the two were deeply in love, and they died within 48 hours of one another. The Kassab brothers both raised their families in Chester, where they also practiced dentistry. Aelyas kept the practice going while Wadea gave himself to real estate; when Wadea lost everything, he was able to resume his practice seamlessly by rejoining his brother. Wadea died in February, 1972; Aelyas in October, 1987. Wadea and Aelyas Kassab are both buried in Pennsylvania.

This collection contains an undated photograph of Wadea and Aelyas Kassab and scans of two typed manuscripts. One is titled “Memoirs” by Wadea Kassab; it is 210 pages and was written in 1954. The second is "Kassab Family History” by Aelyas Kassab; it is 125 pages and was composed circa 1958. Together, the manuscripts provide a detailed look into nearly a century of one family’s history in Syria and the United States, as well as a rich insight into the social fabric and workplace challenges faced by early immigrants. 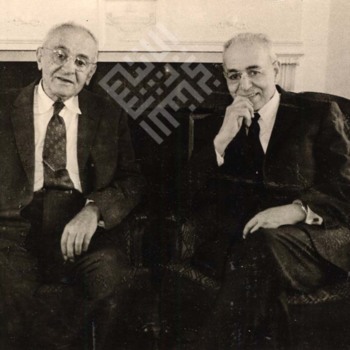 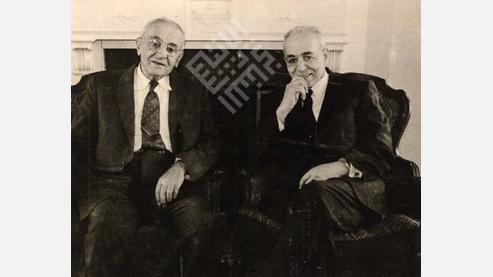 A portrait photograph of Wadea (left) and Aelyas (right) Kassab. 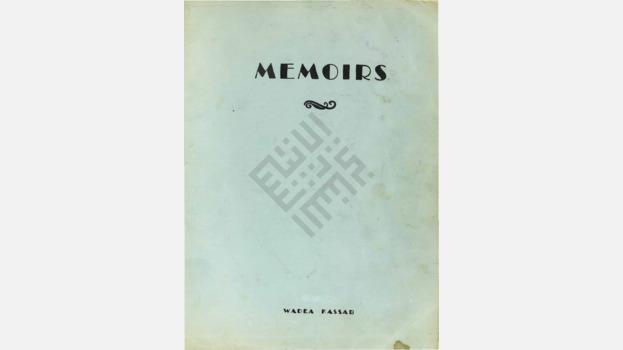 "Memoirs" by Wadea Kassab recounts Wadea's life from his childhood in Damascus and Bloudan, to his immigration to America in 1889, and through his pursuit of education and a career in dentistry. 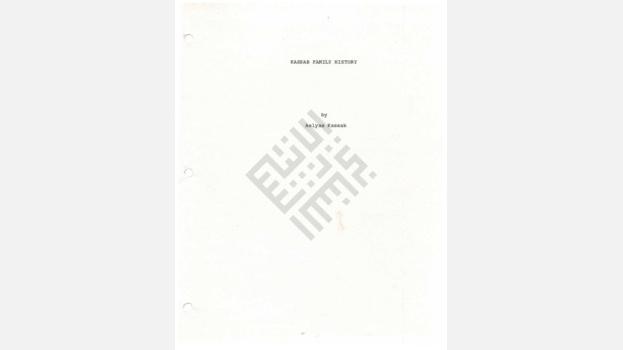 This manuscript by Aelyas Kassab is a history of the Kassab family and a biography of Aelyas' own life. It begins with Aelyas' grandfather Elyas Kassab, born in 1814, and traces the family through the nineteenth century; particular attention is paid…