This collection was donated by [Mitchell] Carter and Stephen Carter Rabil. It contains material related to their branch of the Rabil family who settled in Smithfield and Rocky Mount, North Carolina. It contains material about their extended family as well as images of their parents and grandparents.

Carter and Stephen Rabil descended from Edward George Rabil (1987-1974). Edward Rabil was born in 1897 in Hammana, Lebanon. He immigrated from Lebanon at the age of twelve, in 1909, and settled in Smithfield, North Carolina.

At least one of Edward’s brothers, Abdallah George [A.G.] Rabil, also immigrated; the two lived in Smithfield for most of their lives. In 1921 Edward married Mary Farfour Shelby (1892-1986), who had also been born in Hammana. While Abdallah opened a department store in Smithfield, Edward and Mary entered the restaurant business. They owned and operated Ed’s Café in Smithfield for many years.

Together, Edward and Mary had two children:  Edward George Rabil, Jr. (1923-2007) and Mitchell George Rabil (1924-1987). Edward Rabil Jr. married Cecil Mae Bradley and Mitchell Rabil married Gertrude “Trudy” Marie Carter. Carter and Stephen Rabil were among their children. This generation of Rabils were talented in various sports, and pursued sports even as they received their college educations. The third generation of Smithfield Rabils were mainstays in both North Carolina and Lebanese-American communities.

This collection contains official documents, newspaper articles, and photographs related to the Rabil family of Smithfield and their extended family throughout North Carolina. The collection has an emphasis on the athletic activity and achievement of the Rabils. A number of additional research--including newspaper clippings, obituaries, and documents--gathered by Khayrallah Center staff during research, are available upon request. These restricted materials relate to branches of the Rabil family beyond Smithfield and throughout North Carolina. 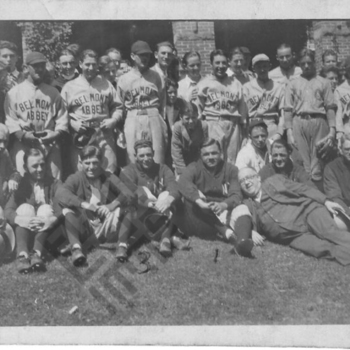 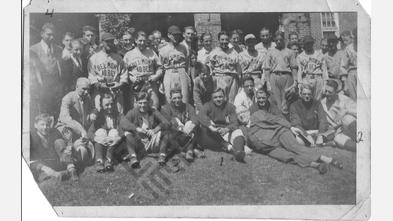 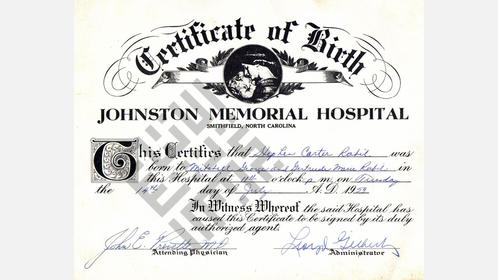 A scan of Stephen Carter Rabil's birth certificate from July 14th, 1959, issued by Johnston Memorial Hospital in Smithfield, North Carolina, and signed by the attending physicians. The back of the certificate has Stephen's footprints in blue ink. 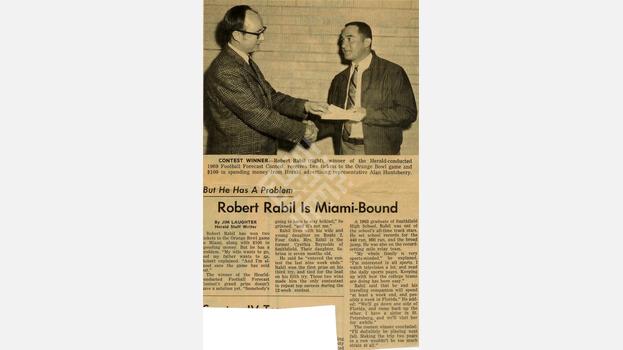 An article, published in the Smithfield Herald, profiling Robert Rabil. Rabil, a former track star for Smithfield High School, won the 1969 Football Forecast Contest put on by the newspaper, and with it tickets to the Orange Bowl game in Miami,… 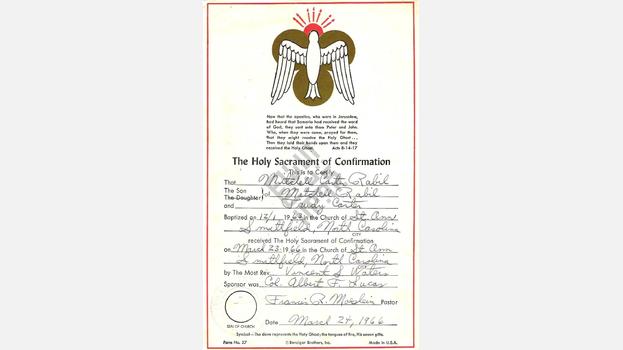