These materials were donated by Carolyn Monsour Dorroll and concern her life.

Carolyn Monsour Dorroll was born February 11, 1928, in Garland, North Carolina, the oldest child of Lebanese immigrants Mary Solomon Monsour and James Ellis Monsour. Carolyn excelled in her education, graduating Valedictorian from Roseboro High School and continuing on to Elon College, where she worked as assistant to the Dean after her graduation. She married Nicholas Dorroll on April 16, 1950, and the two raised three children while running their own jewelry and diamond business together.

As a first-generation Lebanese-American, Carolyn embraced her heritage and devoted much of her life to supporting the Maronite Catholic Church. In 1973, she helped to establish St. Michael the Archangel Maronite Catholic Church in Fayetteville, North Carolina, which has served as a gathering place not just for faith but for the Lebanese community. She and her sister, Rosalie Mansour Berti, helped to organize the church’s first hafli; the annual celebration has been held there ever since. She served as President of the Parish Council and Choir Director, and was on the executive Board of Directors and Executive Committee for the National Apostolate of Maronites. In 1997, St. Michael’s awarded her the Silver Massabki Award in recognition of her service.

Carolyn was also active in promoting her heritage on a state and nation-wide level, serving as a member of the Order of Saint Sharbel and helping to establish the Saint Sharbel Maronite Catholic Church Mission in Raleigh, North Carolina. Carolyn passed away on March 26, 2014. 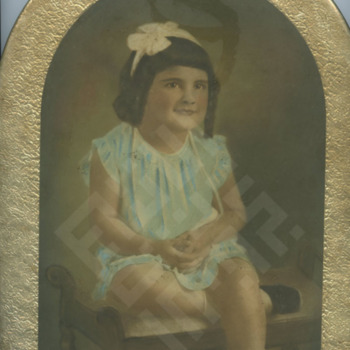 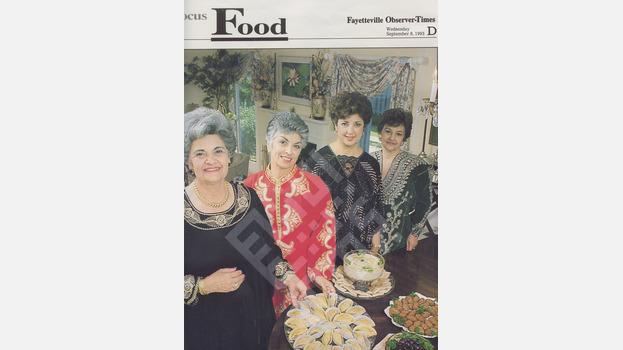 Picture of Carolyn Dorroll from The Fayetteville Observer

A portrait of Carolyn Dorroll (left) with three unidentified women, posing in front of a spread of Lebanese food, published in The Fayetteville Observer. 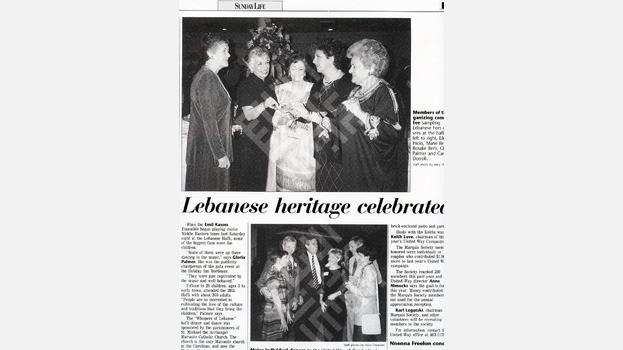 An article from the Fayetteville Observer about the Hafli sponsored by the St. Michael the Archangel Maronite Catholic Church in Fayetteville, North Carolina. Carolyn Dorroll is pictured in the top picture on the right. 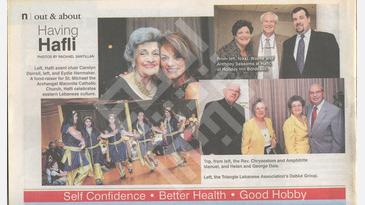 A clipping from NEXT! Magazine profiling the Hafli put on to raise funds for St. Michael the Archangel Maronite Church in Fayetteville, North Carolina. 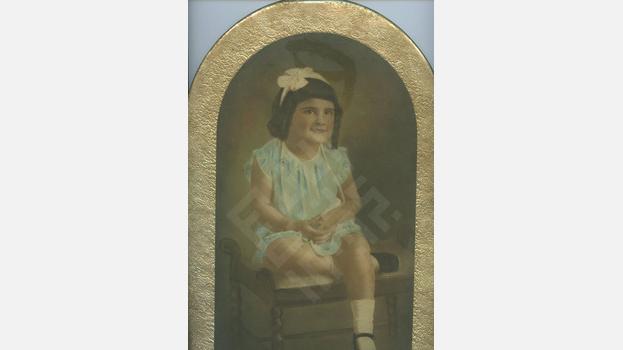 Portrait of Carolyn Mansour Dorroll as a Young Girl

A portrait of Carolyn Monsour Dorroll as a young girl. Though undated, the portrait was probably created about 1934.