These materials were donated by Matthew Kannan.

Matthew Kannan descends from Charles Kannan and Nora Rabil Kannan, immigrants from Lebanon who settled in Goldsboro, North Carolina. The two had seven children before Charles’ death on January 6, 1929:  Addie, James, Magdaline, Kattie, Louis, and Francis. On his mother's side of the family, Matt Kannan is descended from Shickrey Baddour, a businessman who immigrated from Hammana, Lebanon in 1893, and Victoria Alkazin. The two moved to Goldsboro, North Carolina, from Atlantic City, New Jersey, in 1915. The Kannans, Baddours, and Rabils all had their origins in or near Hammana, Lebanon. The three families remained close for decades and generations after their immigration, creating the Hammana Club together in order to preserve their shared cultural origins and support their patriotic, enterprising, and communal participation in American and North Carolinian life.

Shickrey and Victoria’s youngest son, Mitchell David Baddour, was the grandfather of Matthew Kannan. Mitchell served in the United States Navy from 1943 until March 19, 1946, when he was honorably discharged due to injuries sustained in service in the Mediterranean, Southern France, North Africa, and Sicily. Mitchell attained the rank of Quartermaster 3rd class, and received the American Campaign Medal, the Europe-Africa-Middle East Medal, and the Victory Medal of World War II. After his service, Mitchell returned to North Carolina to attend college. He married Doris Baddour in 1953, and the two had four children together:  three sons Michael, Paul, and Tony, and one daughter, Mary Anne “Pixie” Baddour Kannan.

Pixie Baddour married Charles Louis Kannan, the son of Marguerite Rabil Kannan and Louis Joseph Kannan. Louis Kannan was one of the youngest sons of Charles and Nora Kannan; though born in North Carolina, he raised his family Franklin, Virginia. Charles and Pixie had two children together:  Matthew and Mariam Kannan.

This collection contains studio portraits and family photographs of individuals and groups from the Baddour, Kannan, and Rabil families; material relating to Mitchell Baddour’s service in the United States Navy during World War II; and material documenting the Hammana Club in North Carolina. 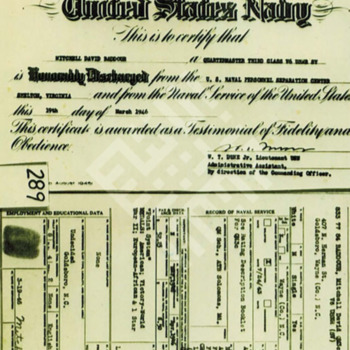 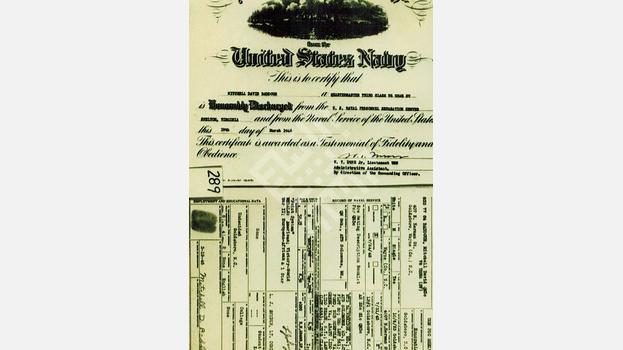 United States Navy
This is to certify that Mitchell David Baddour, a Quartermaster Third Class ___, is honrably discharged from the U.S> Naval Personnel Separation Center [in] Shelton, Virginia, and from the Naval Service of the United States, this… 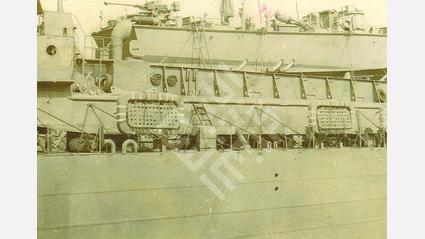 A photograph taken by Mitchell Baddour during his time serving in the US Navy. 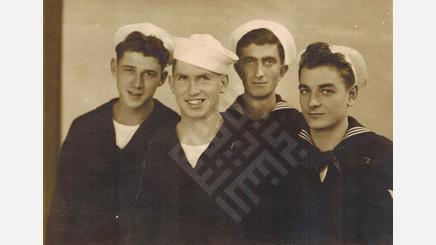 Mitchell David Baddour and friends of the United States Navy, all in uniform. Baddour is third from left. 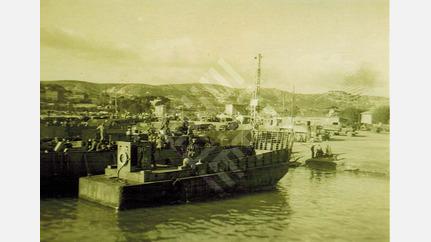 A photograph of a U.S. Navy Land Craft taken by Mitchell Baddour during his time serving in the US Navy.