Raja Khalifah was born in Lebanon. As a young man, Khalifah attended the American University of Beirut, where he excelled at tennis while simultaneously completing a BS in Chemistry. After graduating from the American University in Beirut in 1962, Khalifah came to the United States to continue his education. From 1962 to 1967, he obtained a Ph.D. in Physical Chemistry from Princeton University; he then held a Postdoctoral Fellowship at Harvard University before moving to the Stanford Medical School to conduct research in pharmacology.

Though he had come to the United States with the intent of returning to Lebanon after completing his advanced education, Khalifah realized that returning home was becoming unlikely as conflict and strife escalated into the Lebanese Civil War. When open conflict erupted, Khalifah helped his mother come to America. Though Khalifah found great professional success in the United States, he has striven to preserve his culture and community ties through active participation in both the American University of Beirut Chapter of alumni and the Triangle Lebanese Association.

Between 1993 and 2000, Khalifah served as a Research Professor in Biology at the University of Kansas Medical Center. At the turn of the century, he shifted to the sphere of public pharmaceutical research, working for Biostratum Inc. and then NephroGenex Inc. In 2009, he started his own consulting firm, Raja G. Khalifah Consulting, where he provides scientific consulting related to scientific research, clinical trials, development, and pharmaceuticals related to diabetes. Khalifah holds numerous patents related to the pharmacological treatment of diabetes.

This collection is composed primarily of photographs. These images cover a wide variety of subjects including:  Raja Khalifah’s family members and ancestors in early-twentieth century Lebanon; biomedical pharmacology and research; and the Triangle Lebanese Association. 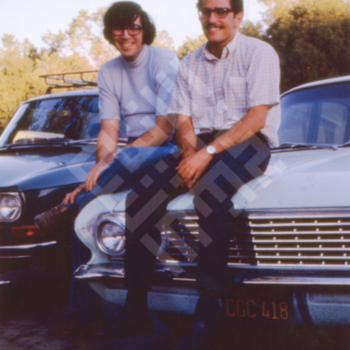 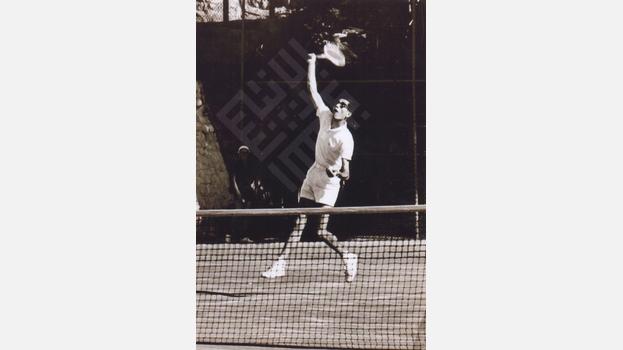 A photograph of Raja Khalifah playing tennis as an undergraduate student at the American University of Beirut, circa 1960. 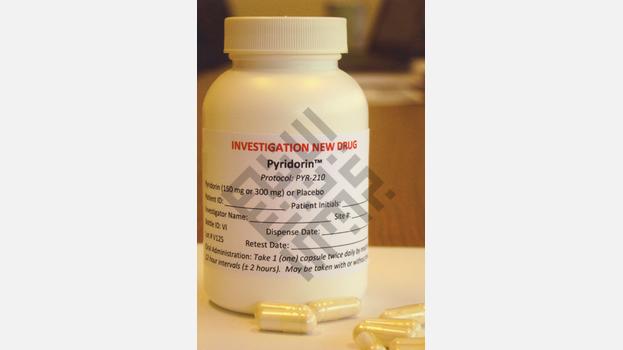 A photograph of a bottle of Pyridorin, one of the medicines which Raja Khalifah helped NephroGenex develop for the treatment of diabetic neuropathy. 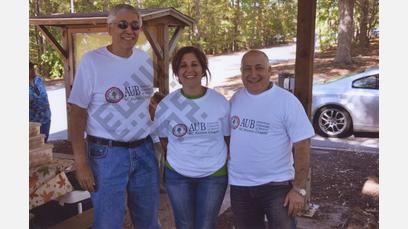 Raja Khalifah at a TLA Gethering with UBA Alumni

Raja Khalifah (left) with two unidentified individuals. All three are members of the Triangle Lebanese Association and American University of Beirut Alumni. 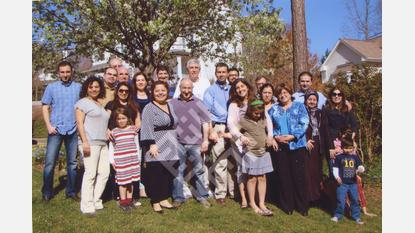 A group photograph of members at a Triangle Lebanese Association event. Raja Khalifah is in the center, in white.