Samir Saleh’s maternal great-grandparents had spent time in Pennsylvania, and both his grandfather Majed and great-aunt, Margaret Domit (called Aunt Peggy), were born in the United States. However, Majed Moussa Domit returned to Lebanon at some point, where he married Jamili Yousef (Khoury) Jreige. The two had two children, Moussa and Cecilia, who born and raised in Mazraat al-Tuffah. Mazraat al-Tuffah was known for its agriculture—in particular, its apples, pears, and grapes, and as a young child Cecilia expressed a talent for baking with the area’s native fruits.

While Moussa immigrated early to the United States to pursue his education in 1953, Cecilia stayed and married Fahd Saleh, a carpenter who had also grown up in Mazraat el-Tuffah. The two had six children together:  sons Samir (Sam), Mounir, Youssef (Joe), DeGaulle and daughters Lamia Saleh Ishak and Maha Saleh Sfeir.

As they reached young adulthood, Sam and his siblings planned to migrate one-by-one as they reached college age. Sam, the eldest son, began to follow this plan, moving to North Carolina to attend college in the early 1970s; he was joined by his father. However, the escalation of violence which climaxed in the Lebanese Civil War changed their plans, and the family decided to leave Lebanon together rather than individually. With assistance from Moussa Domit—who was living in Raleigh, North Carolina and serving as director of the North Carolina Museum of Art—Cecilia and four of their five remaining children (the eldest daughter remained in Lebanon) immigrated to North Carolina in 1974.

In 1977, with a financial investment of $20,000 from Moussa, the Saleh family opened a wholesale bakery located in Morrisville, North Carolina. Mounir and DeGaulle graduated from Campbell University and North Carolina State University, respectively. While Joe and Sam had intended to continue their higher education, the unexpected success of the bakery demanded their full time. In 1987, the brothers expanded their business to include a deli, using family recipes developed by their mother Cecilia. In 2000, the business expanded once again, as they opened a second location and relocated their wholesale facility and corporate offices to a 20,000-square-foot complex in Morrisville. Outside the location, Fahd Saleh planted a half-acre garden to provide herbs and vegetables for the restaurant, which he attended until his death in September of 2007.

This collection contains photographs and newspaper articles on the Saleh family, primarily surrounding the establishment and growth of their family business, Neomonde. 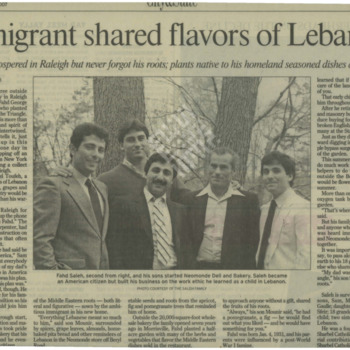 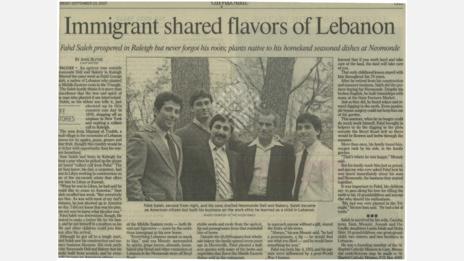 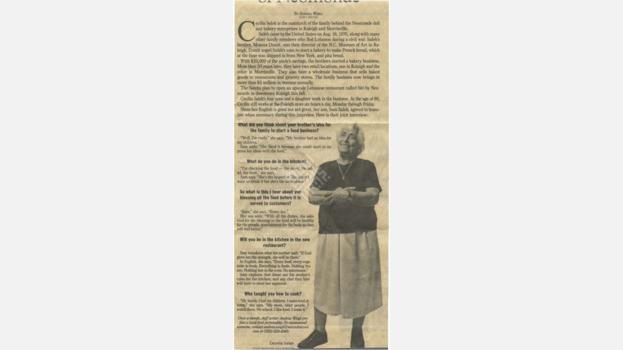 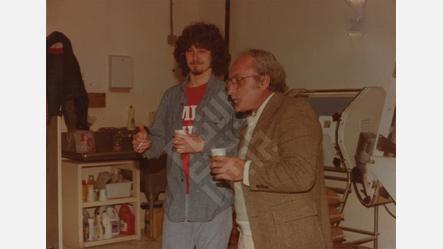 A picture of Moussa Domit, brother of Cecilia Saleh, at the opening of the Neomonde Store in 1979. 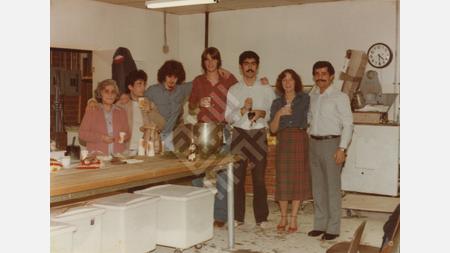 A photograph of unidentified Saleh family and friends celebrating the opening of the Neomonde bakery in 1979,