Beshara Shehdan Hatem was born in Hammana, Lebanon. He and his brother, Shikery (Chick) immigrated to the United States as teenagers, just before World War I. They first traveled to Lawrence, Massachusetts, where some of their relatives had already settled. In order to distinguish himself from the large number of Hatems already living in Lawrence, Beshara dropped his last name and began going by his first and middle name, Beshara Shehdan. This new surname was passed down to his children and grandchildren. From Massachusetts, Beshara and his brother moved to North Carolina.

After moving to North Carolina, Beshara married a young, American-born woman named Susie Smithie Barnhill in Bath, North Carolina. Beshara went into the dry-goods business with his brother, Shikery, “Chick,” in Greenville, NC. In the mid-1920s, he moved his family to Henderson, NC, where he first entered the restaurant business. He and Susie had five children together: two sons, Joseph and Linwood; and three daughters, Hazel, Helen, and Martha. Susie Barnhill Shehdan died in Henderson, North Carolina, on November 2, 1920 and is buried there. For five years, Beshara and his brother Chick worked together to raise Beshara’s five young children while continuing to build their restaurant and dry-goods businesses in Henderson.

In the mid-1920s, Beshara was introduced to Serina Hakeem through a mutual friend, Mrs. Victoria Baddour of Greensboro, North Carolina. Like Beshara, Serina was born in Hammana, Lebanon; however, the two had never met in their hometown. Immediately after World War One, Serina’s father and two older brothers immigrated to the United States, settling in Princeton, North Carolina, and working as traveling salesmen. Serina, whose mother had passed away, stayed behind in Lebanon, attending school at a French convent, or boarding school. In order to pay for her education, Serina taught both French and English at the school to cover the fees for her board and education. After graduation, she joined her family in North Carolina, and became close friends with Victoria Baddour, who introduced Beshara and Serina. On November 19, 1924, Beshara and Serina married in St. Mary’s Church in Goldsboro, North Carolina. The two had five more children together: two sons, Philip and Frederick; and three daughters, Victoria, Theresa, and Evelyn.

In 1929, the growing Shehdan family moved to Raleigh, where Beshara established himself with a corner grocery store, which, with the help of Serina, he expanded into the restaurant business. The couple first owned a snack bar on south McDowell Street in Raleigh. After building their success with these businesses, the Shehdans went into business with Edgar Kannan. The two purchased the Monticello Cafe on Fayetteville Street. Edgar left to open the Whispering Pines--one of the first drive-in restaurants in Raleigh--while Beshara operated the cafe until illness forced him to retire in 1948, when he was sixty years old. Beshara's son Philip Shehdan declined to carry on the restaurant, and the cafe was sold around 1950. He lived until 1975.

Though they moved to Raleigh, the Shehdans maintained close ties with other Lebanese Americans throughout North Carolina, remaining particularly close with other emigrants from Hammana. The five younger Shehdan children grew up referring to Victoria Baddour as “Aunt Vicky,” and Louise Farfour--who later married Philip Baddour, the eldest of Victoria’s children--served as a flower girl in the wedding between Serina and Beshara. The families saw each other frequently during gatherings of the Hammana Club, and the children of the Shehdans, Baddours, Farfours, and Kannans grew up with close ties to one another and to their parents’ culture.

Philip Shehdan graduated from high school in 1945; as soon as he turned eighteen, he joined the coast guard, where he gained hands-on experience with mechanics. After discharge, he first studied mechanical engineering at North Carolina State University, and then obtained a certificate in diesel mechanics. Drawn to work with his hands, he worked first as a mechanic and then went to a hairdressing school. Through the course of a long career, he opened five hairdressing shops called Philip’s Hairstyling. In 1991, at age 65, he retired, but then went to work for the State of North Carolina in the division of services for the blind.

While many of second generation Lebanese-Americans whom Philip grew up with married individuals of non-Lebanese descent, Philip married Alberta “Bertie” Baddour, a third-generation Lebanese American. She was born and raised in Lawrence, Massachusetts, which had a large population of Lebanese Americans, to parents Alice Hashem and Albert Baddour. Philip and Bertie met in 1958, at the wedding of one of Bertie’s cousins, who was marrying Philip’s closest friend, Art Samia. They married in July of 1959, and had two children together:  Philip Shehdan, Jr., and David Shehdan.

This collection contains photographs documenting the lives of Beshara and Serina Baddour and their children. 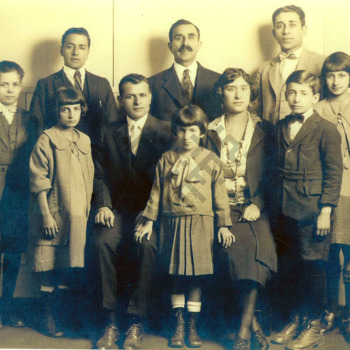 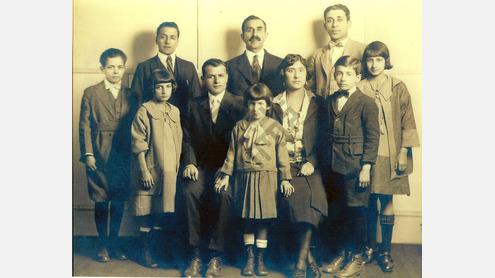 A photograph of Beshara and his brother Chick on Beshara's wedding day to Serina Hakeem. The photograph was taken in St Mary's Catholic Church in Goldsboro, NC, where the wedding took place. The individuals pictured in the photograph are the families… 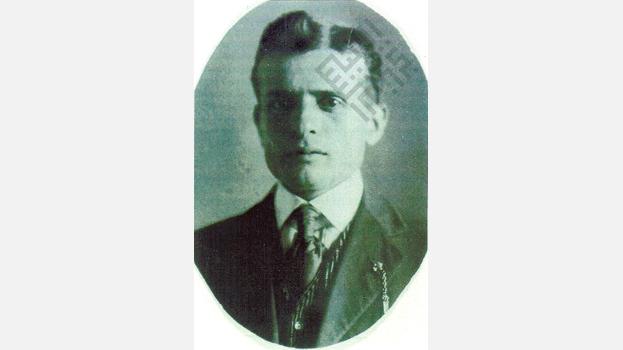 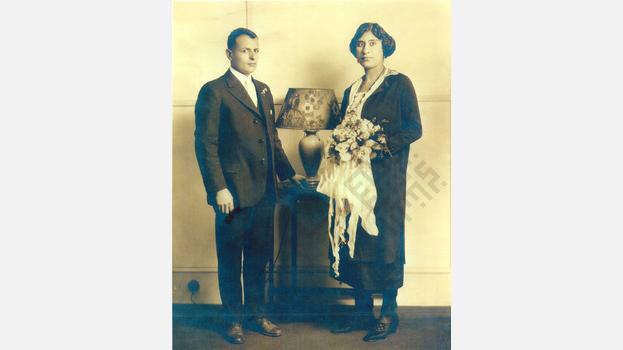 A photograph of Beshara Shehdan (Hatem) and Serina Hakeem taken on their wedding day. The wedding was located in St Mary's Catholic Church in Goldsboro, NC. 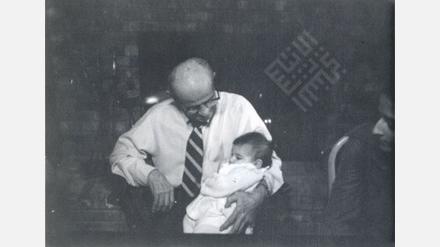 Beshara Shehdan With His Grandchild

A photograph of Beshara Shehdan with an infant identified only as one of this grandchildren. Though unidentified, the child is likely one of Philip Shehdan's sons, either Philip, Jr. or David.