These materials were provided by Wael and Lama Abou-Chakra.

Wael Abou-Chakra, who goes by Al Chakra in America, was born in Beirut, Lebanon, in December 1968, the third of four children. At the time of his birth, Wael’s father worked for the Lebanese military; however, in 1975, this association made the family targets by different factions during the Lebanese Civil War. Seeking safety, the family fled Beirut, returning to the Abou-Chakra’s hometown of Ammatour, Shouf, Lebanon, where the extended Abou-Chakra family lived.

Wael was academically gifted from a very young age, beginning school at the age of three. He graduated from high school early, and at age 15 he enrolled in two colleges simultaneously, studying mechanical engineering at the Arabic University of Beirut and mathematics at the Lebanese University. After nearly a year of this, Wael was granted a student visa for the United States in 1986.

Wael joined his older brother, who had left Lebanon in 1984 to attend college, in Charlotte, North Carolina. He obtained his BA in Translation from UNC-Charlotte. Immediately after graduation, Wael was hired into a support personnel position by IBM. Fearing that he was disadvantaged by his Humanities degree, Wael began studying computer science at a nearby community college and pursued certification in networking, hardware, and security, eventually receiving an MBA in Technology Management. Wael’s dedication and pursuit of education led to a series of promotions at IBM. After receiving his MBA, Wael devoted the time he had once poured into education into inventing. After just one year of inventing, Wael was awarded IBM’s Inventor of the Year Award in 2008. Currently, Wael is a Senior Release Manager and a Master Inventor for IBM, working in the Raleigh-Durham area.

In addition to his technological achievements, Wael has established himself as an active community service leader in North Carolina, among the Lebanese-Americans, and abroad. Wael is a member of the American Druze Society, and served as president of the Triangle Lebanese Association during the time it established the Lebanese Festival. Wael was among the first employees to be selected for IBM’s Corporate Service Corps; for this program, he traveled to Romania in 2008 to help nonprofit and private sector agencies integrate into the European Union. In 2011, he was chosen to be a leader for IBM’s Celebration of Service program, which coordinates nonprofit activities in Wake County with IBM employees. Wael Abou-Chakra’s energetic devotion to volunteer service has earned him the President Volunteer Service Award Certificate multiple times.

Wael is married to Lama Abou-Chakra, a fellow Lebanese-American. Lama's childhood was divided between winters spent in Haldi, a suburb of Beirut where they wintered and Lama attended school, and summers in Ammatour. Lama's parents were both natives of Ammatour and descended from a different branch of the Abou-Chakra family.

Lama's childhood in Lebanon coincided with the Lebanese Civil War:  she was born in 1976 and moved to the United States in 1995. Lama graduated from high school in 1993 and met Wael the next year. Though she was young when they married, she followed the example of her parents, who had each attained their college degrees later in life. Lama studied at North Carolina State University and University of Massachusetts, attending part-time while working at IBM and, eventually, parenting. Together, the couple have two children, Katia and Nassim.

This collection contains documents and photographs relating to Wael Abou-Chakra’s achievements in business and community service; photographs from Lama Abou-Chakra’s childhood in Lebanon; and images from Wael and Lama’s life together. 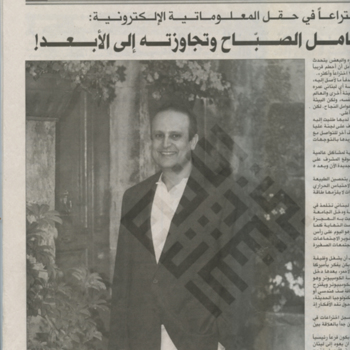 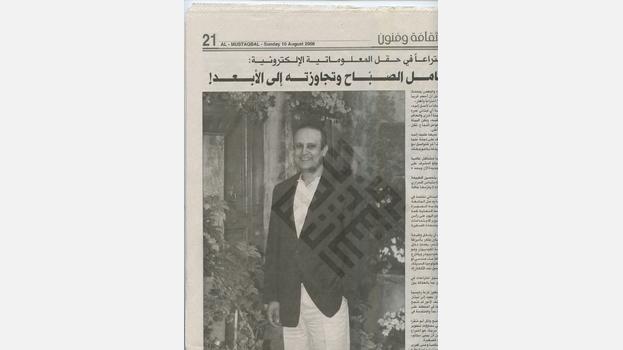 An article about Wael Abou-Chakra published by the Lebanese Arabic-language newspaper Al Mustaqbal in 2008. 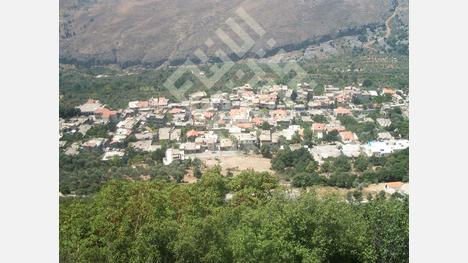 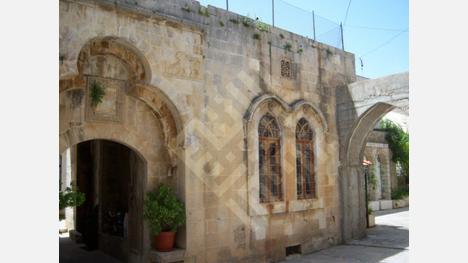 Where Wael Grew Up

caption: "el Dar, where Wael grew up"
A photograph of a childhood home of Wael Abou-Chakra 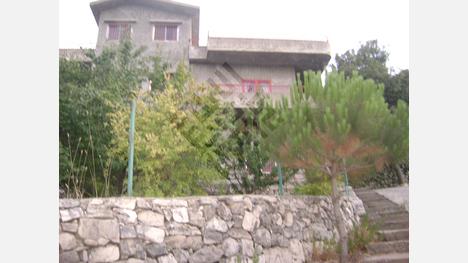