These materials were provided by Philip Augustine Baddour, Jr., and Richard Allen Baddour and primarily document the lives of their parents and grandparents, the Baddours and Farfours of Goldsboro, North Carolina.

The Baddour family of Goldsboro, North Carolina descends from Shickrey Baddour, who immigrated from Hammana, Lebanon in 1893, and his second wife Victoria Alkazin, a Lebanese immigrant who grew up primarily in Atlantic City, New Jersey. In addition to the twins Seef Charles and Joseph, Shickrey’s two surviving sons from his first marriage to Mary, Victoria and Shickrey had six children together: Evelyn, Philip, Isabelle, Mary, Mitchell, and Lorraine.

Shickrey and Victoria moved from Atlantic City, NJ, to Goldsboro in 1915. Shickrey worked as a peddler until 1926, which he co-founded the Mt. Olive Pickle Company. In addition to their business ventures, Victoria and Shickrey were active members of North Carolina’s Lebanese-American community: both were both members of the Hammana Club of North Carolina, and Shickrey served as president of the Syrian-American Association of North Carolina. The two also hosted numerous social events with other Lebanese in Goldsboro, including Victoria’s sister Rose Alkazin Reyes, who moved from Atlantic City with her husband George and their children around 1917, and the Farfour family, neighbors who became family members upon the marriage between Louise Farfour and Philip Augustine Baddour, Sr.

After Shickrey’s 1938 death in an automobile accident, Victoria lived with her adult children, all of whom built upon their parents’ business success and community involvement. Philip Baddour, Sr., owned a clothing shop on John Street in Goldsboro, and served as a City Councilman and Mayor Pro Tem of Goldsboro. His son Philip Augustine Baddour, Jr., carried on the tradition, serving in the North Carolina House of Representatives between 1993 and 2002; his brother Dick Baddour was athletic director of the University of North Carolina-Chapel Hill for fourteen years.

This collection contains studio portraits and family photographs of individuals and groups from the Baddour and Farfour families. It also contains early twentieth-century newspaper clippings in Arabic as well as letters and documents relating to the memorialization of Shickrey Baddour. 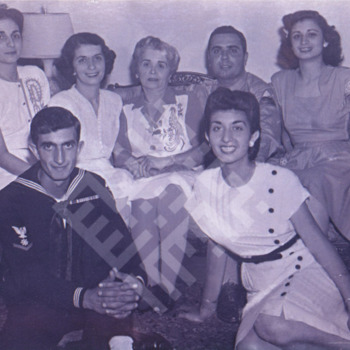 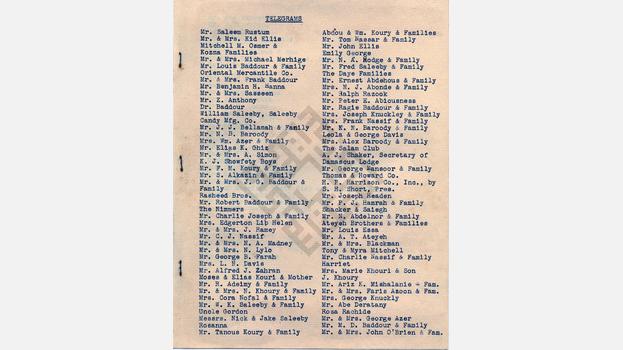 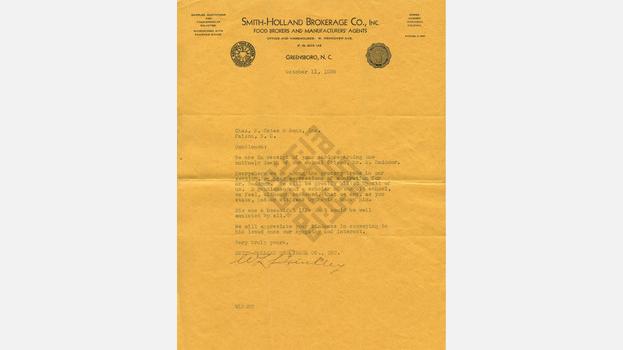 A letter of condolence from Smith-Holland Brokerage to Chas. F. Cates & Sons regarding the death of S. Baddour. 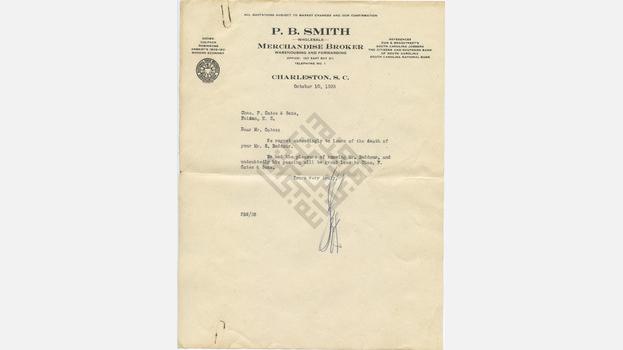 A letter of condolence from Chas. F. Cates and Sons in Faison, N.C. regarding the death of S. Baddour 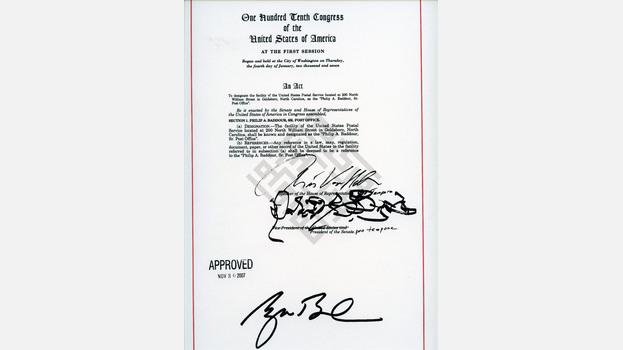 An act to designate the Post Office at 200 N. William Street in Goldsboro, N.C. as the "Philip A. Baddour, Sr. Post Office."