Materials provided by Eddie, Ernie and Virginia Mansour, 1926-1974 and undated.

This collection contains images and documents pertaining especially to the branch of the Rabil family descended from Butrous Dahar Rabil and Susie Safy Rabil as well as material documenting the Mansour and Hedeen families of South and North Carolina. B.D. Rabil was the son of Robert Dahar and Marcia Rabil. He was born on April 1, 1883 in Hammana, Lebanon and immigrated to the United States sometime in the early twentieth century. B.D. had three brothers:  Frank Assad, Ameal Peter, and Michael Rabil. The four brothers settled in North Carolina together. Ameal and Michael settled in Weldon, North Carolina, where they married the orphan daughters of a distant branch of the Rabil family, Roslyn and Madeline Rabil, children of Lebanese immigrants Joseph and Bertha Rabil. Ameal and Michael went several different business ventures together, including the Rabil Brothers Department Store, located at 209 East Fourth Street, Weldon, North Carolina. In addition to operating the department store until Michael’s death in 1981, Michael co-owned five rental houses in Weldon with T. Allen Buck (1902-1991) and also invested in B.D’s property enterprises in Rocky Mount. The Weldon Rabil brothers were frequent contributors to charities and pillars of the community. Frank Assad Rabil, the eldest, married Mary Hawa; while he moved throughout North Carolina, he seems to have settled in Weldon,  near his brothers, between 1920 and 1930.

B.D.’s children with Beula appear to have lived with their mother and their stepfather Anthony C. Striman, who married Beulah in 1930, throughout their childhood and young adulthood. The Safy children appear to have spent time in the Epworth Orphanage in Columbia, South Carolina, where they are listed in the 1930 census; why the children were living here and the duration of their stay are unknown. The children rejoined their mother and stepfather in North Carolina by the late 1930s:  Olga was living in Rocky Mount and working as a sales lady at the time of her death from complications from acute appendicitis on January 14, 1937.Both Victor and Joseph served in World War II. Joseph was killed in action when his plane was shot down over Germany on September 9, 1944. He is buried in the Lorraine American Cemetery in France. The surviving children of Susie’s first marriage married and started families of their own after World War II. Sophie Mae Safy married Albert Rabil, B.D.’s son from his first marriage to Beula Davis Striman. Together the two had two children:  Albert Rabil, Jr., and Carolyn Joan Rabil. Alice Eugene Safy attended Winthrop College in Rock Hill, South Carolina, and became a teacher at Lincoln School in Kingsport, Tennessee. In 1946, she married Frank Milton Lewis. Victor Safy married Agnes Harper Ellen in 1951.

Like Virginia, Ernest was the child of financially successful immigrants. Michael Mansour settled in Goldsboro, North Carolina, where he opened and operated Mansour’s Department Store (later renamed to Hub Department Store). By 1928, Mansour was such a prominent businessman that future president Franklin Delano Roosevelt reached out to him by mail requesting that he support New York Governor Alfred Emanuel Smith in his bid for presidency against Herbert Hoover. His wife, Nell Hedeen, was the daughter  of Lebanese immigrants Cater and Herley Heeden, who originally lived and owned a business in Rock Hill, South Carolina, before moving to North Carolina. The exact date of the Hedeen’s move to North Carolina is unknown, but it may have been spurred by a fire, in 1914, which damaged C. Heedeen & Co., Cater’s dry goods store in Rock Hill.  Nell’s father, Cater or Cotar, owned a business store at 111 E. Walnut Street in Goldsboro, North Carolina; her brother, Ernest Heeden, served in World War I and assisted his father in the business; he married fellow second-generation Lebanese American, Alice Saleeby. Younger son William Hedeen was a writer, with occasional contributions to the Goldsboro Daily Argus in the 1920s; he later married Essie Joseph Heeden.

B.D., Jr. was born on July 4, 1929, to Susie and B.D. Rabil, in Rocky Mount, North Carolina. He attended the Rocky Mount City schools and the Edwards Military Institute in Salemburg, North Carolina. He served in World War II, and was stationed in Germany with the Peace Keeping forces after the war. Upon his return to Rocky Mount, he entered the profession of real estate. B.D. was an avid fan of sports, and he was inducted into the Rocky Mount Bowling Association Hall of Fame in 1988. He married Elsie Asad Rabil in 1962; together, the couple had three children:  Richard J. Rabil, Robert Joseph Rabil, Sr., and Cynthia Rabil Williams. B.D. Rabil, Jr., passed away in 2004.

As a result of the complexity of this large blended family--which, with B.D. Rabil, Sr.’s children from his earlier marriage, totalled eleven children who survived to adulthood--led the heirs of Susie Safy to enter into a legal dispute over the execution of her will. Specifically, Sophie Mae Safy Rabil and Albert Rabil, Sr., brought suit against Virginia Dell Rabil Mansour and B.D. Rabil, Jr., over which of two wills should be given priority:  a joint will created by B.D. Rabil, Sr., and Susie Safy Rabil, or a subsequent will made by Susie Safy Rabil following the death of her second husband. The case was settled in 1970 by the North Carolina Supreme Court, which upheld the bequeathal of B.D. Rabil, Sr.’s real estate and personal property to his two youngest children, Virginia Mansour and B.D. Rabil, Jr.

This collection contains materials related to the Rabil family as well as the Mansour family, both major Lebanese American families in North Carolina. 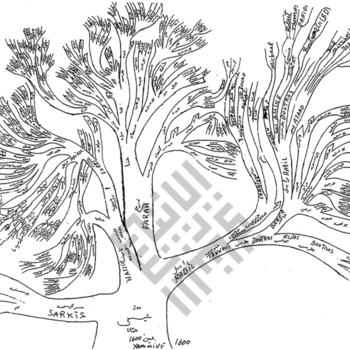 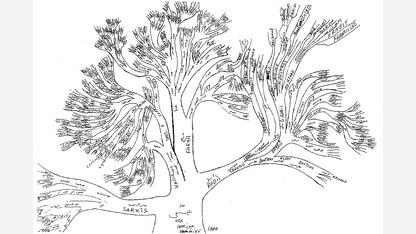 A hand-drawn family tree depicting the Rabil family tree and dating back to 1600. Other branches depict the Sarkis, Farah, and Nassif branches of the tree. 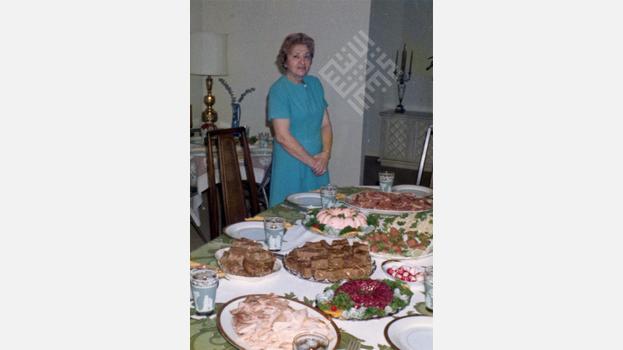 A snapshot of Nell Heeden Mansour standing in front of a dinner table full of traditional Lebanese and American food. 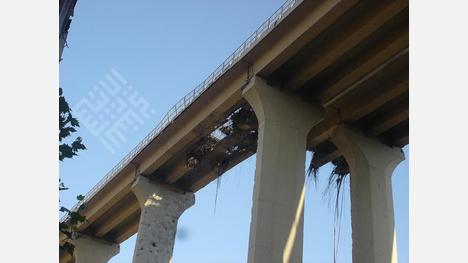 Damage from a Bomb in Lebanon

A photograph of a roadway depicting damage done by bombs during the Civil War in Lebanon. 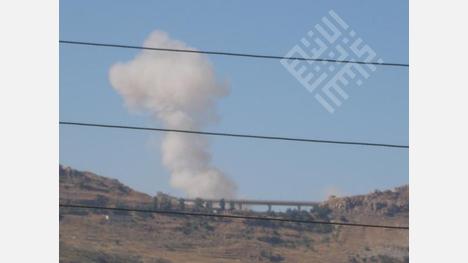 Photograph of a Bomb in Lebanon 2

A photograph of a bomb detonating in Lebanon during the Civil War, taken from a distance.