While the content of Joseph’s correspondence shares a variety of personal details, the paper that he used tells its own story. Over time, the business that Joseph owned, K. Joseph Bros., changed in several ways, which is evident in the papers’ business letterheads. In earlier letters, the name of the business is printed as Modi & Joseph. Eventually, the name of the business changed to K. Joseph Bros. which is how it was listed in the 1908-1909 Syrian Business Directory. Not only did the name change over time, but Joseph also opened a second store in Shinnston, West Virginia. Often, Joseph would discuss sending money to family members, marital arrangement opportunities, and current issues in Lebanon. Despite the physical distance between Joseph and his family, he would often act as a voice of reason for various dilemmas.

The Khalil Joseph Letter Collection is a unique and essential addition to the Khayrallah Center’s archive because these 47 letters detail Joseph’s life, family, and business as a Lebanese-American immigrant
during the early 20th century. 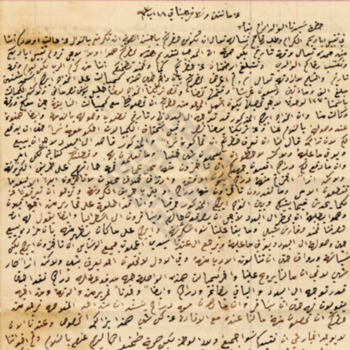 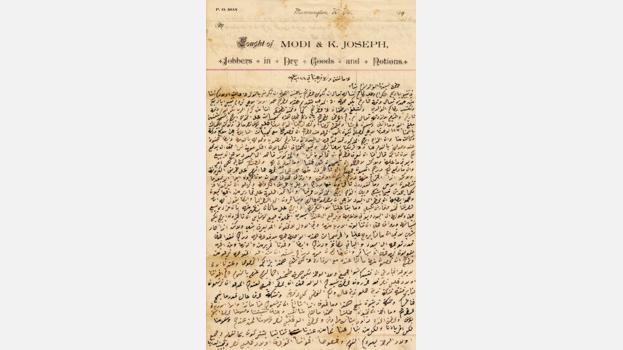 A letter from Khalil (Khalil) to his father, Youssuf Raad. He sends his greetings and asks about the family and his father. Khalil asks his father to collect a notice of repayment (bill) from Khawaja Asaad Ibrahim, who will arrive in Lebanon soon and… 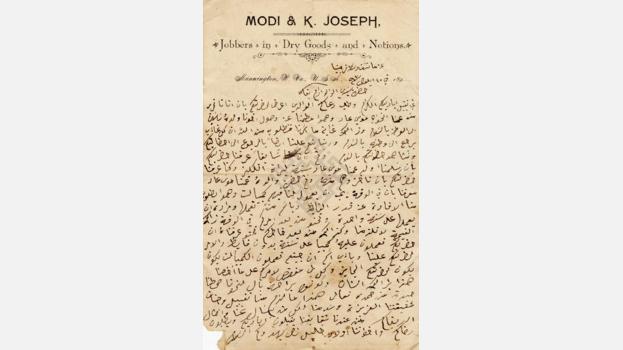 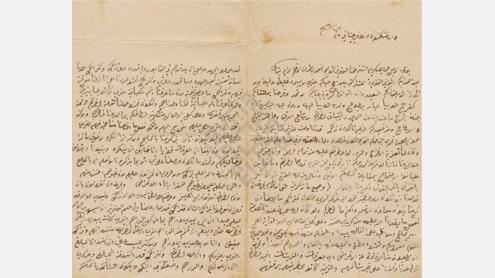 A letter from Khalil to Asaad Butrus, sending greetings to all of his family. He apologizes for missing [names not clear] in the station and sends money to family. To ensure the family receives the money, he asks for confirmation of receipt. 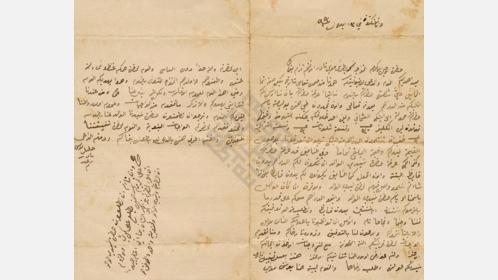 A letter from Khalil to Asaad Butrus, sending greetings to all of his family. Khalil sent Butrus 30 liras through the Ottoman Bank transfer and asks him to write a note and give it to Khalil's father. Khalil requests Asaad to write back when he…