These materials were provided by Abed [David] Salam Itani and primarily relate to his childhood in Beirut, Lebanon.

Abed [David] Salam Itani was born in Beirut, Lebanon in 1952. His parents were Khalil and Nadia Itani, and David was the first born of their nine children. Khalil Itani struggled with alcoholism and, though he worked to support his family, was often absent in the lives of David and his siblings. Nadia Itani had come from a very impoverished family; unable to attain education, she married Khalil at the extremely young age of thirteen and had David when she was just fifteen. Despite her lack of education and early poverty, Nadia Itani was an intelligent and formidable woman. She was a dedicated parent who worked to provide her children with food, clothes, and a stable home. From her, the Itani children learned strong morality and values of family, hard work, and determination.

Both Khalil and Nadia’s extended families were also a large presence in the Itani children’s lives. David was particularly close to his paternal grandmother, who doted on the children of her youngest son. David was born with a congenital heart condition, which required surgery; his grandmother helped with the money to afford the surgery when he was approximately 10. The Itani children’s aunts and uncles were also important figures in their lives. One of David Itani’s uncles provided him with a job at his restaurant when David began working as a young teenager, and his uncles helped him get jobs and advance.

At age 15, David began working as a hairdresser and quickly excelled at the profession. In 1977, at age 21, David left Lebanon to escape the Civil War. He moved to Saudi Arabia, where he attempted to work as a hairdresser, but was pushed out by prohibitions against men doing women’s hair. Though he returned briefly to Lebanon in 1978, the violence of the war again prompted him to leave, and he moved to Dubai in the United Arab Emirates. Over the next several years six of his siblings and his parents all moved to Australia to escape the violence of the Civil War. In 1983, he met Faye, a young American who had moved from North Carolina to Dubai. After a whirlwind romance, the two married; in 1984, their daughter Natalie was born. They moved to North Carolina where their second child, a son Khalil, was born. In 1987, David and Faye opened a salon in Raleigh, NC; they have been in business together ever since. The family has been involved with the Triangle Lebanese Association when their busy work schedule allowed, a role that their daughter, Natalie, took up as an adult.

The collection contains several photographs of the Itani siblings and relatives during their childhood in Lebanon. It also includes an oral history conducted by Dr. Akram Khater circa 1010. The interview includes David Abed Itani, his wife Faye, and his daughter Natalie. The 1 hour and 35 minute interview discusses the Itani family history, the complexities of race and faith, the impact of 9/11 and prejudice, and the relationship between immigrant parents and their children. The interview is available to researchers upon request. 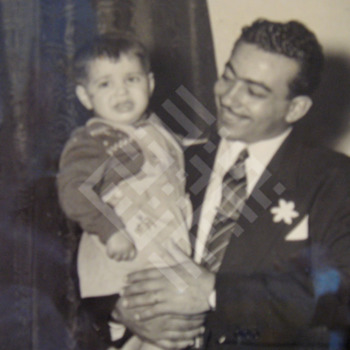 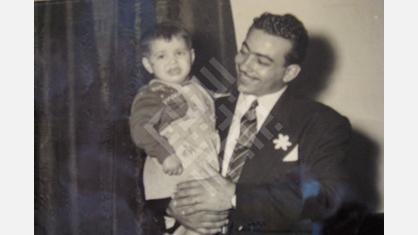 A photograph of an adult, labeled "Uncle Ibrahim," Ibrahim Itani, holding his nephew Moustafa Itani. Moustafa is one of Abdul Itani's younger brothers. 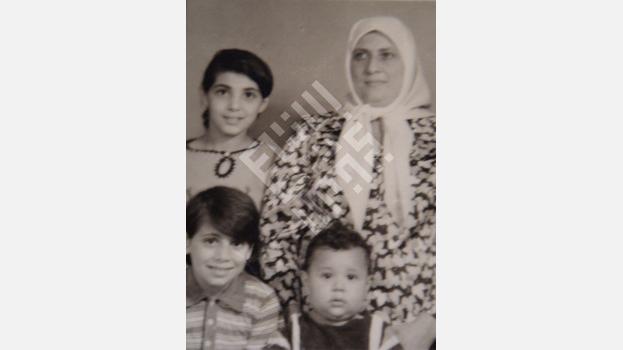 Nadia Itani with Three of her Children

This photograph depicts Nadia Itani with three of her children. Clockwise from top the individuals are: Nadia, Zouhair, Mirvat, and Nada. 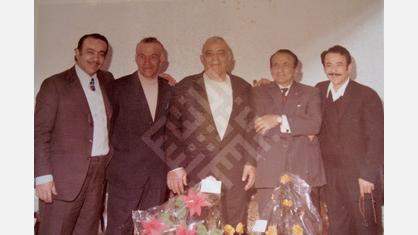 Khalil Itani and his Brothres

A photograph of Abdul Itani's father, Khalil, with his older brothers. Khalil is located on the far right of the picture. 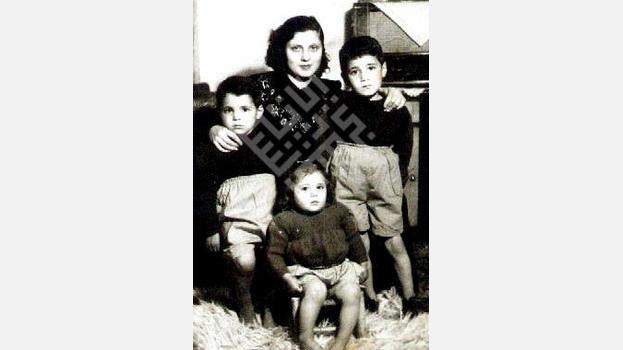 Portrait of Nadia Itani and Three of her Children

A photograph of Nadia Itani with three of her children when they were very young. Clockwise from the top the image pictures: Nadia, Abed, Hoda, and Moustafa Itani.