Materials in the Angele Hobeiche Kmeid-Ellis Collection primarily relate to Angele Ellis and her family, who sustained a correspondence of over 300 letters from 1926 to 1980. Angele saved most of the letters she received from her friends and family, which constitutes a large portion of the collection. The collection contains some of Angele’s personal writings, including journals, poems, and newspaper articles. The collection is divided chronologically into three categories: correspondence, photographs, and supplementary materials to provide contextual family history.

Biography
Angele Hobeiche Ellis (1905-1994) was born to Alda el Khazen (1877-1945) and Namtallah Hobeiche (1863-1916) on June 12, 1905 in Qattine (Kattine), Lebanon. The Hobeiche family was from Ghazir (Qattine). The el Khazen family was a prominent Maronite family from Mazraat Kfardebian in the Keserwan district. Angele had three siblings: Yousef (1897-1980), a member of the Lebanese gendarmerie, Mariam (1902-1929), an Antonine nun at the Mar Elias Convent in Ghazir, Lebanon, and Khalil (1906-1938) who worked for the Iraq Petroleum Company and traveled widely, including to Iran and India. Angele attended a girls’ school in Lebanon run by French Antonine nuns where she became fluent in Arabic and French.

Before emigrating to New York, Angele taught at various Antonine schools in Lebanon. Angele emigrated to Carthage, New York in 1926 to join her husband Toufic Kmeid Ellis who had first emigrated, following his sister Christine Kmeid LaBrie, in 1914. Once married, Toufic and Angele decided to return to Carthage where Toufic had family and had established a general store. Carthage had a significant Lebanese population that had emigrated from Bqaatouta (Bqaatoota, Bkaatouta), Toufic’s hometown, where Lebanese immigrants had established restaurants, grocery and retail stores, pool halls, and shoe shine businesses. While Angele and Toufic settled into life in Carthage, Angele sustained substantial correspondence with her family in Lebanon and maintained connections with other Lebanese immigrants across the world.

The collection contains correspondence addressed to Angele from friends and acquaintances in Canada, Cuba, Chile, France, and across Lebanon. Once in New York, Angele prioritized learning English, and even sold a diamond ring she owned to pay for lessons. She served as a translator for her other Lebanese families in Carthage, who would bring the letters they received from Lebanon for her to translate and respond to. Angele wrote about issues affecting Lebanese immigrants for Al-Hoda, published in New York City, which was one of the most widely circulated Arabic-language newspapers in North America. Angele and Toufic raised six children: Marie Theresa, Delor, Rafic, Alfred, Alfreda, and Kail (Kalil), and Angele regularly submitted news stories about her children’s accomplishments to the Carthage Republican Tribune and Syracuse’s Post Standard. Angele joined the Carthage Women’s Republican Club and traveled to Washington, D.C. in 1969 to represent the club at the group’s national conference. Angele was active in Carthage’s Catholic Church, St. James, where she helped make food for events and helped during fundraising events.

Angele returned to Lebanon on only a few occasions after leaving Qattine in 1926. The correspondence she kept with Yousef for over 50 years offers a rich glimpse into twentieth century immigrants’ experiences in the United States by illuminating the ways they maintained Lebanese traditions and established their own distinct identities within new communities. Angele died on February 13, 1994 in Miami, Florida.

The letters and other documents have been translated from Arabic to English with the incredible help of two gifted translators, Dr. Hadia Harb of the Lebanese American University in Beirut and Lala AlSaeedi. Translations by Hadia Harb and Lala AlSaeedi 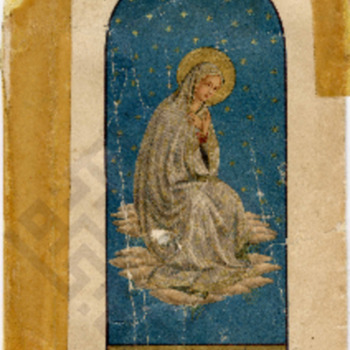 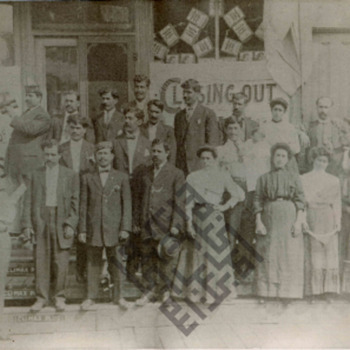 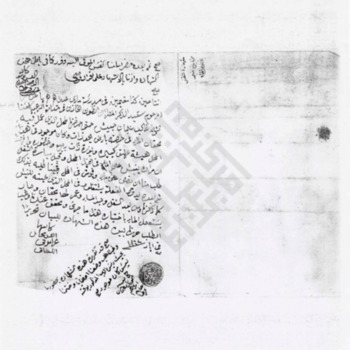