The Oussani-Fuleihan family collection consists of materials related to the family and descendants of Joseph Oussani (1865-1934). The collection contains a large number of photographs of the Oussani and Fuleihan families dating from the 1890s to the 1980s. We also have letters, documents, sheet music, newspaper clippings, maps, and more dating from the 1890’s to the 1990’s. Lastly, there are pieces of jewelry and swaths of fabric that are examples of the types of items sold in the Oussani stores in the 1890s and early 1900s.

In 1893 Tannous or “Thomas” Oussani sent his two sons, Joseph and Yak Oussani, to present at the World’s Fair in Chicago. Presumably due to their success at the World’s Fair, the two brothers decided to permanently move to New York and set up businesses, one selling tobacco products and the other selling Oriental goods. On May 23, 1896 Joseph married a woman named Margaret Shea. Around 1899 Joseph began buying property and acres of land in Pocantico Hills, New York, which is where the family home was located. The couple had two daughters together: Margaret Oussani born in 1904 and Isabel born in 1906. Margaret Shea Oussani passed away at the age of 29 on March 7, 1907. Around 1912 Joseph remarried the children’s nanny, Gladys Holmes. The couple had a child, Leonard.

The collection also contains materials related to the Fuleihan family. Isabel Oussani married Nasri Fuleihan, an engineer originally from Cyprus. The couple married in 1925 and had two children together, Dorothy and Neville Fuleihan. Nasri’s brother, Anis Fuleihan, was a famous pianist and music composer.

Akkasah, the Center for Photography at New York University Abu Dhabi digitized a series of 367 photographs taken by Nasri Fuleihan, most of which were taken during Fuleihan's stay in Palestine from the late 1910s until 1924. In addition to photographs of Palestinian cities and towns, the collection reflects the use Fuleihan made of the camera in his daily work as an engineer (mostly in southern Palestine). The collection also documents the daily life of the workers involved in the infrastructure projects Fuleihan was involved in. Click the link to view the collection: Nasri Fuleihan Collection 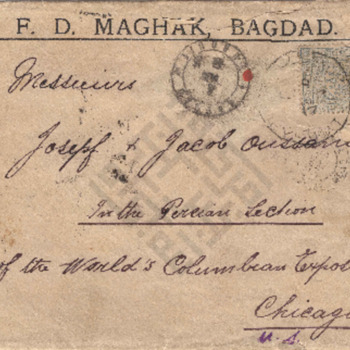 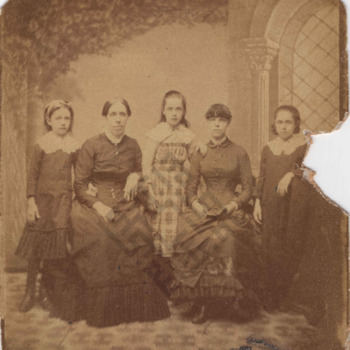