This collection represents three  families who lived in  Valdosta, Georgia and  Lake City, Florida.  Items were donated  by two  granddaughters of  Ellis Moses (Mousa)  and his wife, Fannie (Famelia) Johns. They are Teresa Bishop Angove, daughter of Helen Moses Bishop, and Sandra Moses Ryland, daughter of Norman Moses. In addition to photos of Ellis and Fannie Moses and their children and grandchildren, the collection includes photographs and documents related to Ellis Moses’ brother Joseph and his wife Adel and their children, as well as Nola Romey, his wife Fannie (Hasna) Joseph Habib Rahme, and their children. Nola and Hasna Romey were cousins of either Ellis or Fannie Moses but the relationship is unclear. Joseph and Adel Moses, and Nola and Hasna Romey, died prematurely leaving three and four children respectively who were taken in by Ellis and Fannie Moses.

Ellis Moses arrived in the United States at Ellis Island on September 5, 1907. Fannie and their one year old daughter Bessie came later. Upon arrival, Ellis listed his brother Khalil Moses’s home in Fond du Lac, Wisconsin as his final destination; however, it is not clear that he ever went there. By 1908, Ellis was settled in Valdosta, Georgia among a sizeable community of his countrymen and relatives who mostly hailed from the villages of Wadi El Aarayech (وادي العرايش) and Dahr El Ahmar (ضهر الأحمر) in the Biqa’a Valley. There, Ellis had a grocery store at 406 South Patterson Street.

Around 1917 the Moses family moved an hour’s drive south to the town of Lake City, Florida where they operated a fruit and vegetable store on the town’s main thoroughfare, at 218 North Marion Street, and a filling station on the outskirts of town. By 1926, the family lived in a home on the property of the filling station on East Duval Street along the main road headed to Jacksonville. Ellis’ brother Joseph and his family moved to Lake City and his cousin, Nola Romey and family also joined the Moses’s there. The Moses family attended the local Catholic mission church, St. Joseph’s, and were heavily involved in establishing the permanent parish of the Epiphany in 1944.

In May, 1929, tragedy struck the Moses and Romey families when Fannie (Hasna) Romey was killed in a shootout with local police and Nola Romey was beaten, arrested, abducted from the jail by a mob (sources indicate by the KKK) and lynched along the side of the Fort White Road south of Lake City. The Moseses adopted the Romey’s four orphaned children and moved to Birmingham, Alabama shortly after.

Ellis Moses seems to have retained his businesses and property in Lake City while living in Birmingham as he resumed operating them circa 1933 when the family returned to Lake City. Around 1935, they purchased a house at 608 North Alachua Street which they lived in for the rest of their lives. After Fannie Moses’s death in 1960, the house was sold and later demolished.

This collection also contains photographs of the Joseph and Adel Moses family. Joseph (Joe) (1894-1928) and Adel Moses (1895-1927) had three children: Ethel (1919); Edward Joseph (1920-1999); and David. Adel was tragically killed by an accidental gunshot while standing on the front porch of her brother-in-law Ellis’ home on the Jacksonville Highway. Joe died a year later and Ellis and Fannie Moses took in their children. This collection also contains photographs of the Nola and Hasna (AKA Fannie) Romey family. Nola George Romey (d.1929) married Hasna Rahme daughter of Joseph Habeeb Rahme and they had four surviving children Icer (1909-1995); Emeline (1916-2012 m. Stewart); Leila (1921-2005 m. Giardina); and Lucille (1924-1995). Nola and Hasna also had as many as 5 miscarriages and infant deaths according to their daughter Emeline. They had as stillborn infant boy in 1919, an infant boy, George who died a few days after delivery due to complications with forceps in 1928 and Hasna was approximately four months pregnant when she herself was killed by police officers in Lake City Florida on May 17, 1929. You can learn more about the Romey’s story on the Khayrallah Center website. 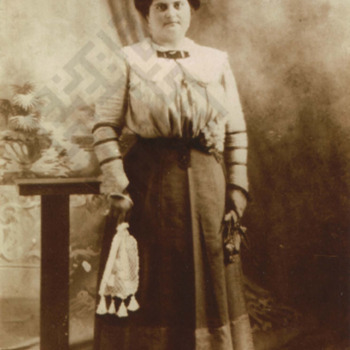 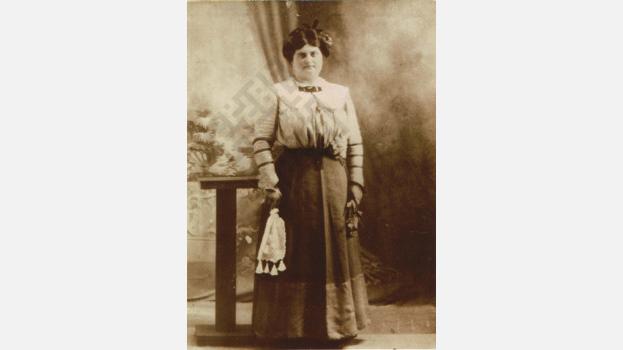 A copy of a portrait of Fannie Romey notation on the back of the photo copy says, "Our Beloved Mother: Mother Fannie Romey Before 1929". The information, in blue ink, was likely provided by Emeline Romey Stewart. 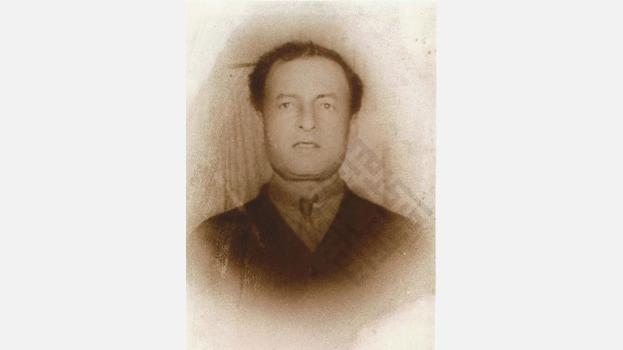 A copy of a photograph of Nola George Romey, a notation on the back of the photo copy says, "Our Beloved Father Nola George Romey Before 1929". The information, in blue ink, was likely provided by Emeline Romey Stewart. 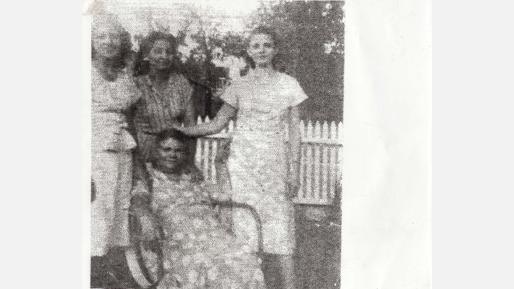 A copy of a photograph of the Moses girls. Left to Right: Helen Moses Bishop, Amelia Moses Castsines, Sally Moses Barnes, with Fannie Johns Moses seated in front. A notation on the back of the photo copy says "1948." A yellow note from Sandra Moses… 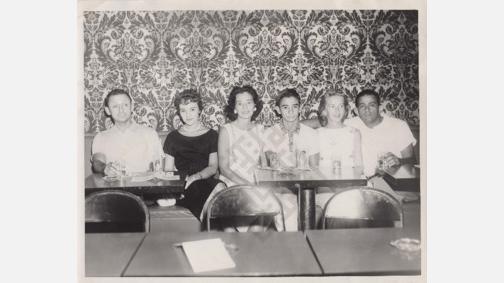 Members of the Moses Family at a Restaurant, circa 1950s