Al-Kown [The Universe] was an Arabic-language newspaper published weekly in New York City by Najeeb Sawaya, Nafi Adham, and Hafiz Malik. It was published in Manhattan’s Syrian Colony, at 60-62 Washington Street from 1907 until 1910.

The leading proprietor of the paper, Najeeb Anton Sawaya, was born in Damascus in 1870 in what was then Greater Syria. According to his own testimony, he arrived in the United States in March 1897 aboard the Rotterdam, a steamship operated by the Holland America Line that departed from the Netherlands. One year later, in 1898, his wife Labeeba arrived. Sawaya became a naturalized citizen of the United States in June 1904 in Jersey City, New Jersey. In the decade following his arrival, Sawaya worked as a merchant, selling a variety of goods ranging from cigars and tobacco to mirrors and novelties. During this time, Sawaya, his wife, and their daughter Nazaly (born 1898), lived in Jersey City, Manhattan, and then Brooklyn. In 1905, two years prior to the inaugural issue of al-Kown, Sawaya was listed as a bookkeeper.

Sawaya was also involved in politics, and appears to have been particularly committed to opposing the Ottoman Empire. Spearheading a delegation of five like-minded Syrians, Sawaya filed charges against Mundji Bey, the Turkish Consular-General stationed in New York City, in March 1909 with his superiors in Washington D.C. Bey, a member of the Young Turks Party, was accused of being “arrogant and overbearing in his relations” and having imposed excessive charges for common services performed at the consulate. Sawaya and the other Syrian delegates also supposedly claimed that Bey wrote a letter to the commissioner of Ellis Island asking that the immigration officers there “place difficulties” in the path of Turkish subjects arriving to the U.S. Several years later, in April 1912, reports surfaced that Sawaya, and al-Kown more specifically, had been the subject of a libel suit seeking $200,000 in damages brought against them by the Ottoman Chamber of Commerce for their articles and comments about Bey and the Turkish government.

He was a founding member of Suriya el-Fetat (Young Syria Party), a political group centered in New York formed with the purpose of recruiting Syrian-American men and preparing them to support, from afar, a potential revolution against the Ottomans (Jacobs, 384). Though the group promised anonymity for their members—an assurance of protection from the fear of Ottoman retaliation against themselves and family members who remained in the homeland—the organizing members’ names were reported in New York newspapers in 1899 and 1900. Najeeb Sawaya was among them, along with Nassib Shibley, Esau el-Khoury, and Shibli N. Dammous.

Following the end of al-Kown’s publication in 1910, Sawaya continued to work as an editor, at least until 1912, although it is unclear which newspaper he worked for or where it was published. On January 28, 1914, Sawaya died while travelling in Birr-Hassan, Mt. Lebanon. He was interred in the Ras-el-Nabeh Cemetery in Beirut, a cemetery that has since been destroyed.

Al-Kown was a short-lived publication. On the masthead the newspaper is described as a “Political, Social, Commercial, Literature, and Critical newspaper.” Initially, articles were divided into geographical and topical sections such as “local” (United States); current events; news about markets and business; “Syrian News,” about the Middle East; and literature, including partial novels, poetry, and short stories. These articles were very brief, sometimes only 1-2 lines, but later grew to contain longer, more detailed stories.

Despite the initial brevity of its articles, al-Kown was published with a distinct viewpoint. The editors often made critical remarks and rebuttals to other New York City Arabic newspapers, including Mira’at al-Gharb and al-Hoda, themselves frequent opponents. Al-Kown also remarked on views published by al-Jamaya and particularly critiqued al-Muhajer, especially its owner Ameen al-Ghareeb. The newspaper leans pro-Orthodox, at times defending both individuals and doctrine of the Orthodox faith; it also reported frequently on activities of Orthodox groups, including the establishment of hospitals, charity work, and meetings that took place. The newspaper also includes sections of advertisements of New York City businesses. Though lesser known than the newspapers with which the editors of al-Kown engaged, this small publication nonetheless represents the political and religious diversity of the early twentieth-century immigrant communities. 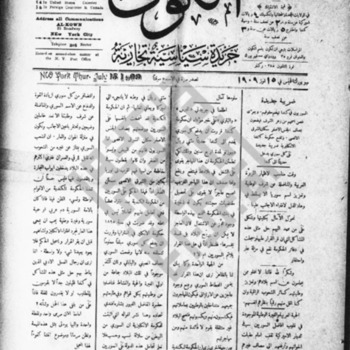 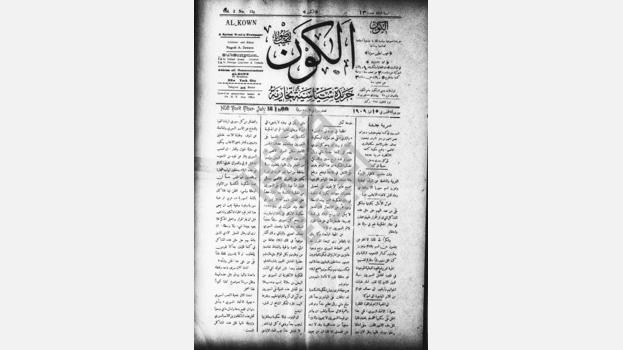 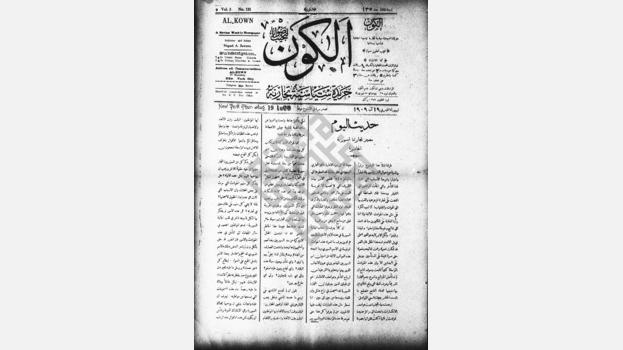 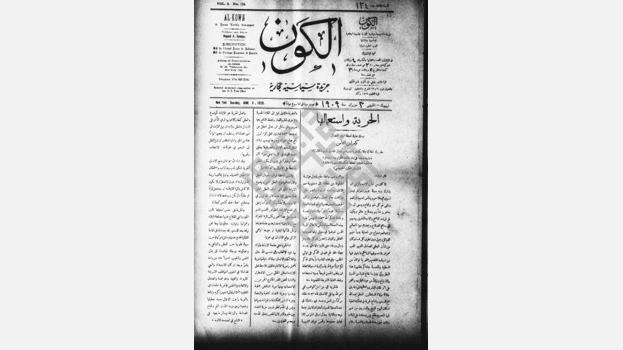 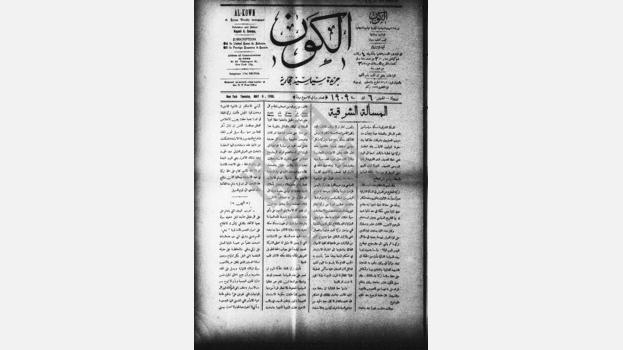