Al-Hoda, or الهدى, [The Guidance] was the longest-lived of the early Arabic newspapers, published from 1898 until 1972. It was distinguished by its wide circulation--which ranged throughout North America but also stretched, by some claims, across 40 countries worldwide--and its corresponding transnational sphere of influence. Throughout its 74-year run it was owned and published by the Mokarzels, an influential family of Lebanese-Americans: it passed from the hands of its founder Naoum Antoun Mokarzal to his brother Salloum Antoun Mokarzel; upon Salloum’s death in 1952 it was published by Salloum’s daughter Mary Mokarzel. It served as an outlet for the Mokarzel brothers to shape both the Lebanese independence movement and to craft and transmit cultural and linguistic cohesion throughout the mahjar, or Arabic diaspora. In addition to its close association with Naoum and Salloum Mokarzel, it was a launching point and platform for the careers of many important writers; significantly, it published work by the women writers Marie T. Azeez and Afifa Karam. It also published numerous pieces from foreign correspondents throughout the Arab world. Though its format and content shifted throughout the decades, particularly as ownership changed hands between members of the Mokarzel family, Al-Hoda was consistent in its journalistic commitment to transnational issues and events and its  engagement with the Arabic-speaking diaspora.

Al-Hoda was founded on February 22, 1898 by Naoum Mokarzel in Philadelphia, Pennsylvania and was moved to New York City in 1902, where it remained until it ceased publication. The paper was initially published on a weekly or semi-weekly basis and was a lengthy 24 pages. During this period it was characterized by its longform pieces rather than its news reportage. These essays ranged in subject matter from political philosophy, science, history, religion, immigration and diaspora, and politics in the Levant region of the Ottoman Empire.

The paper shrank to eight pages around the turn of the twentieth century, and became a daily upon its 1903 move to New York City, continuing at this rate and format until 1963. In 1899 Naoum was joined by his younger brother Salloum, who helped to innovate and modernize Arabic-language linotype printing. The typographic techniques pioneered by the Mokarzels became standards for Arabic-language newspapers around the world. Together, the brothers established a productive printing house which produced not only Al-Hoda but other journals, papers, and numerous books.

The first editor of Al-Hoda was Ameen Gorayeb, but Naoum was a frequent contributor and the editorial tone of the paper often reflected his fiery, famously combative personality. Though Naoum frequently insisted upon his own journalistic integrity and objectivity, Al-Hoda was guided from the start by a fierce devotion to the cause of Lebanon; it also initially leaned towards Maronite interests, against Orthodox views. In his editorials and articles, Naoum was quick to rise to the defense of both his homeland and himself, a tendency that often stirred controversy even as it furthered Naoum's political goal. In the 1910s, Naoum became increasingly involved in the movement for Lebanese independence, founding first the Lebanese Union and then the Lebanese League of Progress to further the goals of independence and political reform in Lebanon. During World War I, Al-Hoda published numerous articles calling upon the immigrant community to volunteer their military service in service not only to the United States, but also as an opportunity to shake off Turkish rule from the Levant. Naoum was a member of the Lebanese delegation to the Paris Peace Conference of 1919, and following independence he worked tirelessly to advance Lebanese politics and cultural identity.

In service to Lebanese independence, Naoum increasingly traveled away from New York City. During these times, Salloum increasingly oversaw publication of Al-Hoda even as he pursued his own projects which ran more towards encouraging commerce and fostering an adaptive culture among Syrio-Lebanese immigrants in the Americas than in the homeland. Though involved in the family business, Salloum spent the first quarter of the twentieth century advancing these interests through scholarly publications such as the Arabic-language Syrian-American Commercial Magazine and the English language journal The Syrian World.

Naoum died in 1932 on a visit to Paris, where he was serving as a representative of diasporic communities for Lebanon’s transition from French colony to independent nation. Initially, Naoum’s widow Rose Abillama Mokarzel took over management of Al-Hoda, hiring Najib Arida as editor. However, the Great Depression threatened the newspaper’s financial stability. In order to save   Al-Hoda, a coalition of influential figures in the Lebanese-American community came together under the Al-Hoda Company to purchase the paper. However, the corporation’s first published issues elicited such backlash from its readership that the newspaper was swiftly sold back to Salloum Mokarzel. Salloum gave up his own publishing endeavors to devote his time and efforts to restoring the prestige and financial stability of Al-Hoda-- a continuance of his brother’s legacy.  During this time, Salloum became increasingly well-known, contributing to the Lebanese pavilion at the 1939 New York World’s Fair and serving as a dignitary at the 1946 opening of the United Nations. Salloum died in 1952. The bodies of both brothers were repatriated by the government of Lebanon, and are buried together in the family tomb in their native city of Freike, Lebanon.

The Mokarzel brothers’ legacies were carried on by Salloum’s five daughters. After a struggle over the ownership of the paper, Salloum’s eldest daughter, Mary Mokarzel, carried on the publication of Al-Hoda. Another of Salloum’s daughters, Yemna, was also committed to the family business, supporting her sister’s social, political, and business endeavors and serving as a correspondent for the papers.  In 1954--perhaps in remembrance of her father’s English-language publications--Mary acquired The Lebanese American Journal, which she published in tandem with the Arabic paper until September 1971.

The Khayrallah Center holds a large run of digitized Al-Hoda newspapers, spanning from February 22, 1898 to May 26, 1941.  This paper is an unparalleled historical resource for anyone interested in Middle Eastern diaspora and specifically the Syrio-Lebanese immigrant community. The contents of the paper include:

A portion of the newspaper is available freely online (March 1, 1898-December 30, 1905). Researchers should contact us to arrange to view the rest of our holdings. 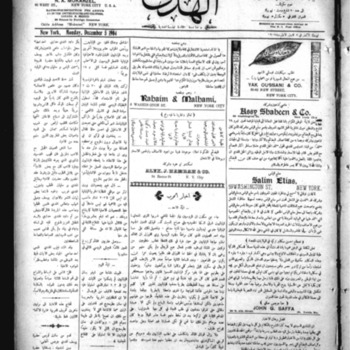 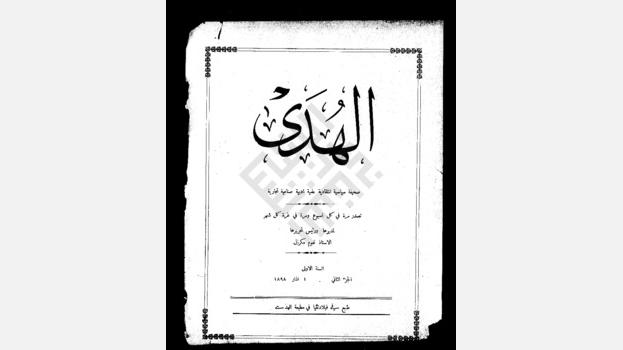 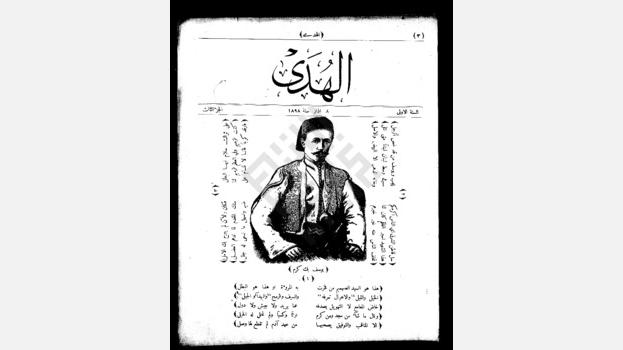 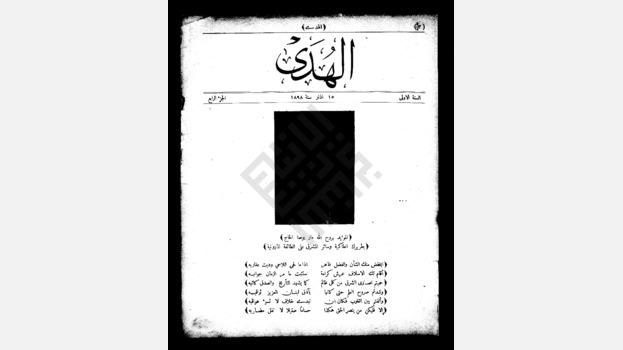 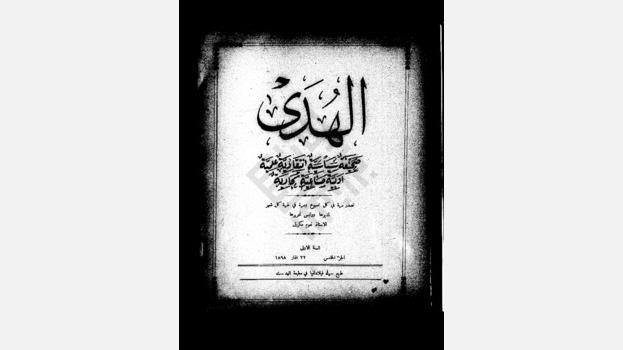