This collection contains materials housed at the Lawrence Public Library Special Collections. They were digitized and provided to the Khayrallah Center by archivist Louise Sandberg in fall 2017 as part of an ongoing research project into the substantial Syrian/Lebanese population that lived in Lawrence, Massachussetts.

In the first decades of the 20 th century, Lawrence was home to one of the largest populations of Syrian and Lebanese immigrants in the United States. These individuals were drawn to the industrial town to find work in its textile mills. The community in Lawrence created several charitable societies and was involved in the establishment of the St. Joseph's Melkite Church and St. Anthony's Maronite church.

This collection contains materials relating to the civic and religious activities of Syrio-Lebanese in Lawrence. Additionally, the Khayrallah Center has digitized one of the newspaper published out of Lawrence, al-Wafa, which may be viewed in full here. 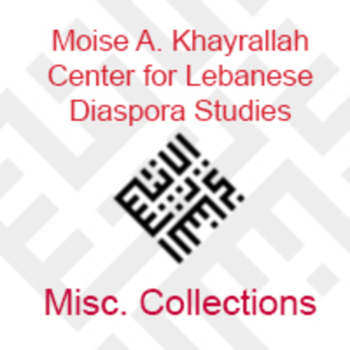 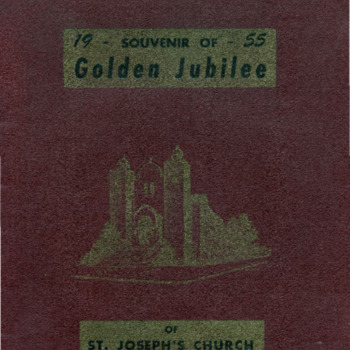 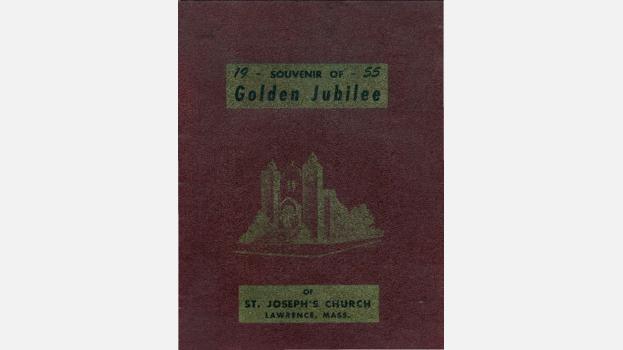 A souvenir book produced for the 1955 Golden Jubilee of St. Joseph's Church, the Melkite Church in Lawrence, Massachusetts, and the first Melkite Church established in the United States. The book includes photographs of leaders of the church and…

A commemorative booklet created to honor the 50th anniversary of Archimandrite Peter Abouzeid, B.S. and his service to the Melkite Church. After servinga s a missionary in various places, including New Zealand, Father Peter came to Lawrence,… 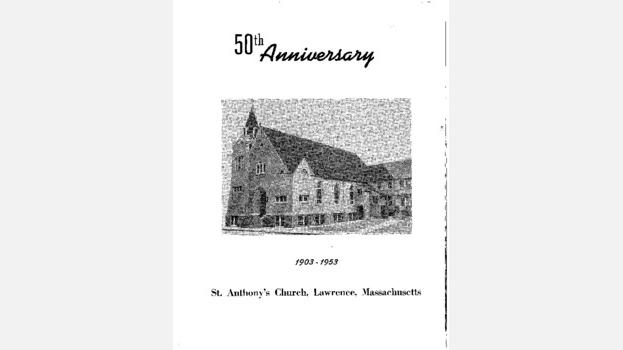 A booklet commemorating the 50th anniversary of St. Anthony Maronite Church in Lawrence, Massachusetts. The book begins with letters of congratulations from various high-ranking members of the Catholic church accompanied by photographs of these… 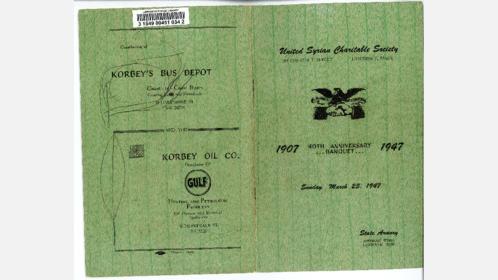 A pamphlet produced for the 40th anniversary banquet of the United Syrian Charitable Society which took place in 1947 in Lawrence, Massachusetts. The society was established in 1907 with the goal of providing a gathering place for immigrants and…