Al-Wafa was digitized by the Khayrallah Center in collaboration with the Lawrence Public Library Special Collections and with thanks to Dr. Linda K. Jacobs.

Al-Wafa [Fidelity], or الوفاء, was a semi-weekly Arabic-language newspaper published in Lawrence, Massachusetts between 1907 until approximately 1910. In the early twentieth century, Lawrence was home to one of the largest Lebanese populations in the United States; unlike other large communities, such as New York City, it is unique for the high percentage of immigrants  who worked in factories. Al-Wafa was an initiative of the Zahley Association, a group of immigrants who had largely originated from Zahlé, Lebanon. They maintained ties with one another, and were involved in the formation of the Al-Wafa Publishing Company. The paper was edited by Joseph M. Khoury. Its religious leanings were Christian and its political orientation was fairly neutral, not yet distanced from the Ottoman identity. It leaned towards Orthodox Christianity, frequently reporting on fundraising efforts for the construction of churches and other religious events.

The paper was one of two that was published in Lawrence in the first decades of the twentieth century; at least two more Arabic-language newspapers were published out of Boston. Though short-lived, Al-Wafa apparently had a transnational circulation. Copies were read in Mexico and the Caribbean as well as in the United States. As such, despite Lawrence’s large working-class population, the intended audience of the paper appears to be middle-class immigrants. 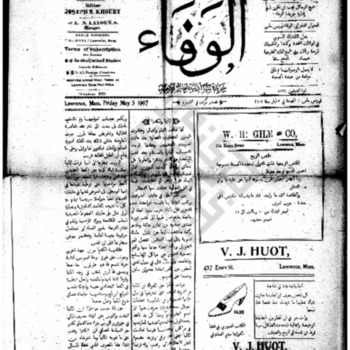 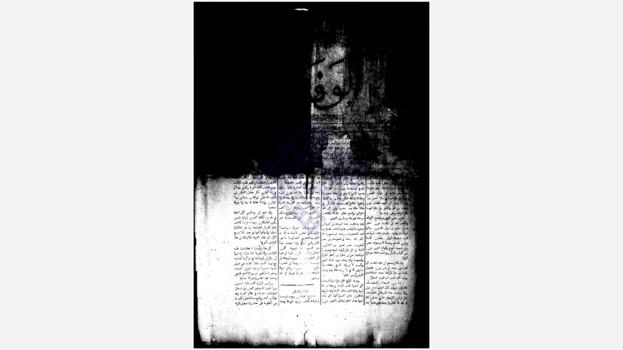 An issue of Al-Wafa [الوفاء] newspaper from March, 1907. The exact date is obscured due to damage of the original 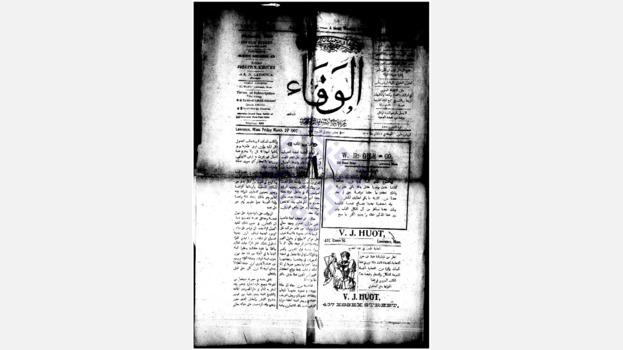 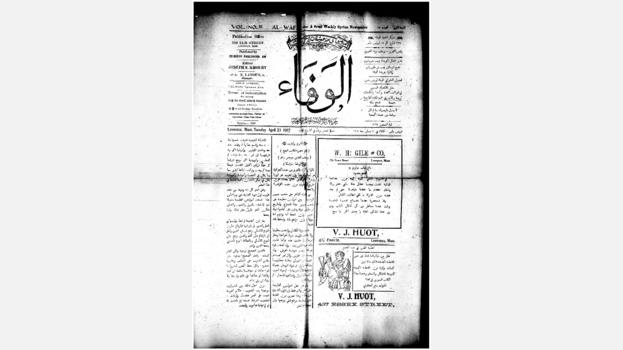