Al-Majalla al-Tijarriya [المجلة التجارية], or The Syrian-American Commercial Magazine, was an Arabic-language monthly journal published under this title by Salloum A. Mokarzel from 1918 to 1926.

The journal evolved from al-Alam al-Jadid [The New World], published between 1909 and 1918. The origins of this journal are somewhat unclear; it appears to have been founded by Mokarzel by Mokarzel with the involvement of Khalil Aswad. At some point, it may have been sold to Afifa Karm, who continued publishing it under this title. The journal returned to Mokarzel and was published by the Syrian-American Press from December 1918 until June 1926. With the exception of several December issues, the journal was published monthly between January and November.

The last iteration of the journal was heavily shaped by Salloum Mokarzel's interest in domestic and international trade and commerce. Under Mokarzel's editorialship, the magazine was--according to its tagline--"devoted to the promotion of commercial relations between America and the Arabic-speaking peoples throughout the world." Subscriptions were offered both within the United States and across the globe, and many of the articles were aimed to promote transnational commerce.

The Khayrallah Center has all issues of The Syrian-American Commercial Magazine from December 1918 to June 1926. The journal is published in Arabic, with an English-language index of titles included in each issue. The journal articles include:

Note: A selection of the journal is available freely on the archive. If you are interested in accessing the remainder for non-commercial use, please contact us. 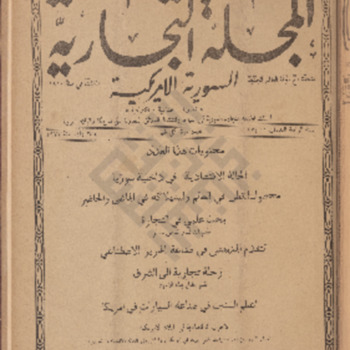 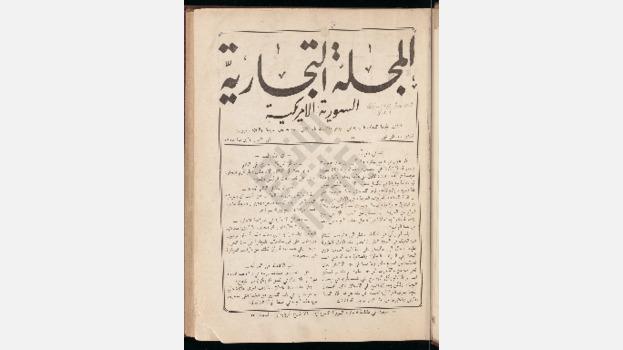 Contents of this issue:
America’s commercial position in the world; America’s role in the new world order - Mark Solivan; Germany’s methods in trade; The science of economy; Exports & shipments of Chicago… 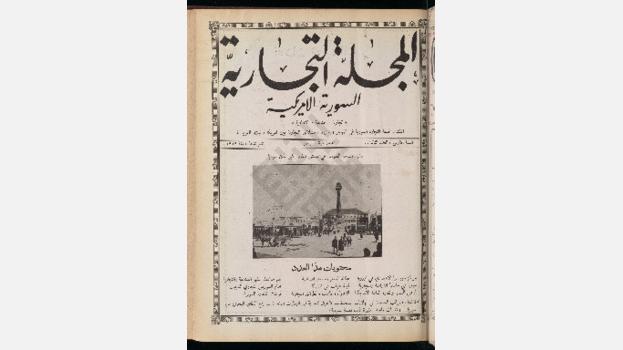 This edition includes:
Switzerland the Economy Center of Europe (1); Syria, Trade and Agriculture - Report by Ralph Odell (1); List of New Taxes in US; Trade/Business in US; Value of Time in US;… 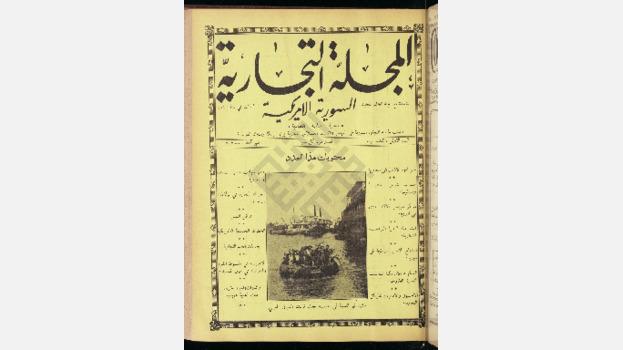 Vol. 1 no. 4 of al-Majalla al-Tijarriya. This issue contains several articles about the impact of World War I on the economy, including a report on German's reentry to the world market by Trade Commissioner Norman L. Anderson. It also includes a… 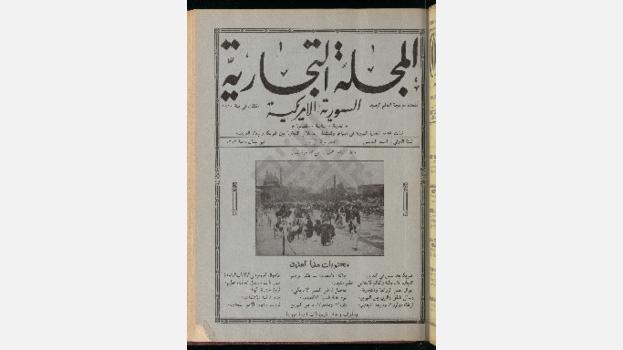 Vol. 1 no. 5 of al-Majalla al-Tijarriya. This issue contains a review of economic impact of World War I on the United States; a profile of Frank W. Woolworth; and an article by Ibrahim S. Najjar about the "economic problems of the Arabic-speaking…